Join us in supporting the new professorship at the School of Business with a donation!

Several foundations, companies and associations have already supported the professorship with donations. Among them are for instance Jenny and Antti Wihuri Foundation, Saastamoinen Foundation, the Finnish Foundation for Share Promotion, Family Business Network, the Confederation of Finnish Industries EK, Helvar Merca, Oras Invest, Ensto Invest and Foundation for Private Entrepreneurs.

Now, also individuals can support this unique professorship and the expertise hub to be established around it with a donation.

Choose the amount of donation that suits your preferences and become a supporter of the professorship!

Support the endowed professorship in ownership

Donations to professorship in ownership will be placed in an expendable fund: the capital and its return will be used to the donation target during a certain period decided by Aalto University.

Expertise in this important field in Finland can now be supported with bigger and smaller donations.

'So far, there has been no professorship in ownership in the world and we wanted one to be established in Finland. The professorship is a permanent investment in Finnish ownership expertise that will span generations. In the steering group, we compared seven Finnish universities for the best location for the professorship. Aalto stood out for their ambition, internationality and ability to integrate the professorship extensively into other teaching and research’, says Tero Luoma.

According to Timo Korkeamäki, Dean of the School of Business, the new professorship will play a key role in producing academic research data related to ownership, and in popularizing it to support societal debate and decision-making. Two donors, Algol and Foundation for Private Entrepreneurs also emphasize the importance of the professorship’s societal impact.

'I am convinced that research and education in ownership advance both the enhancing of good ownership and strengthening the ownership culture', says the Group CEO Alexander Bargum from Algol.

'High quality research will help us to foster ownership that brings economic growth and well-being into society. Independent research will also help political leaders to find ways how to boost ownership in Finland and how to make Finland more attractive for foreign investments', says Auli Hänninen, CEO, Foundation for Private Entrepreneurs. 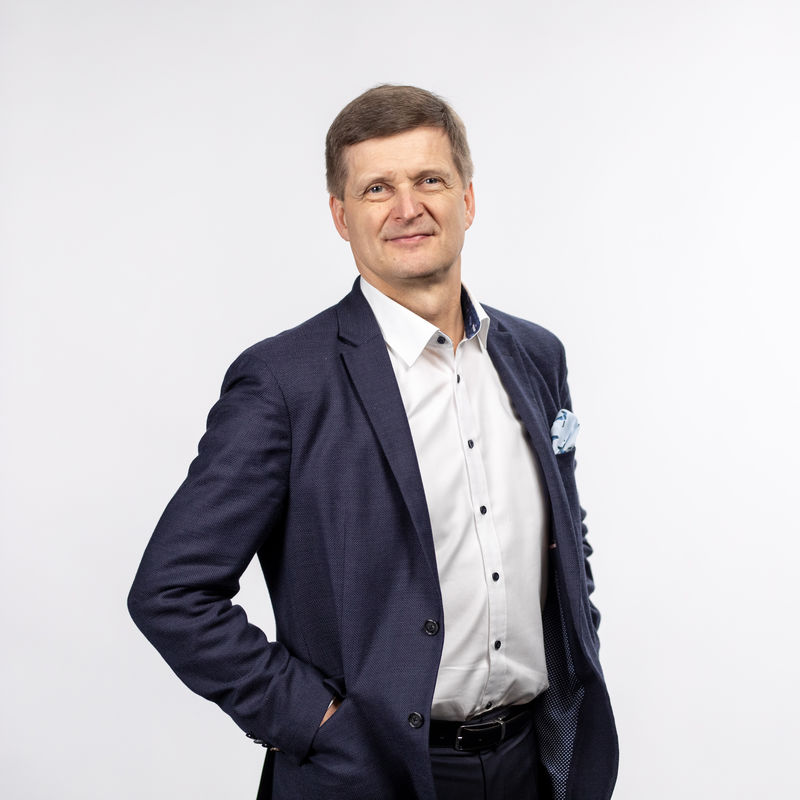 'Ownership plays an important role in employment, tax and export revenue and the well-being of the society. That's why it's wonderful that Finland will have the first professorship focusing on research and teaching in this field. I would like to express my sincere gratitude to the initiators and donors of the professorship.' 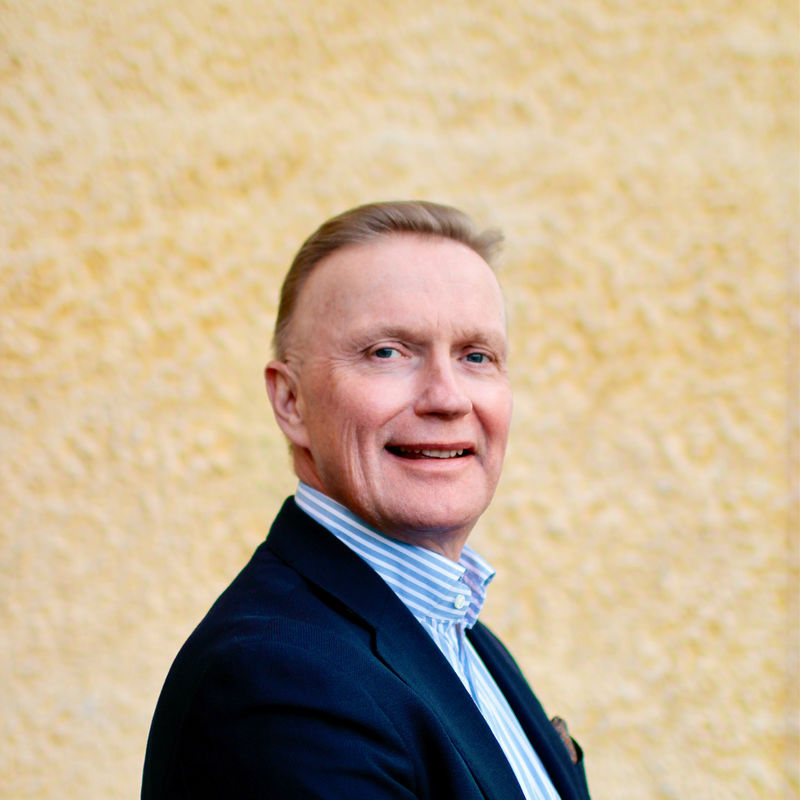 'Who owns companies, affects our everyday lives. As a foundation with an entrepreneurial mindset and with a deep interest in societal well-being we regard broad understanding of ownership’s societal impact as extremely important.' 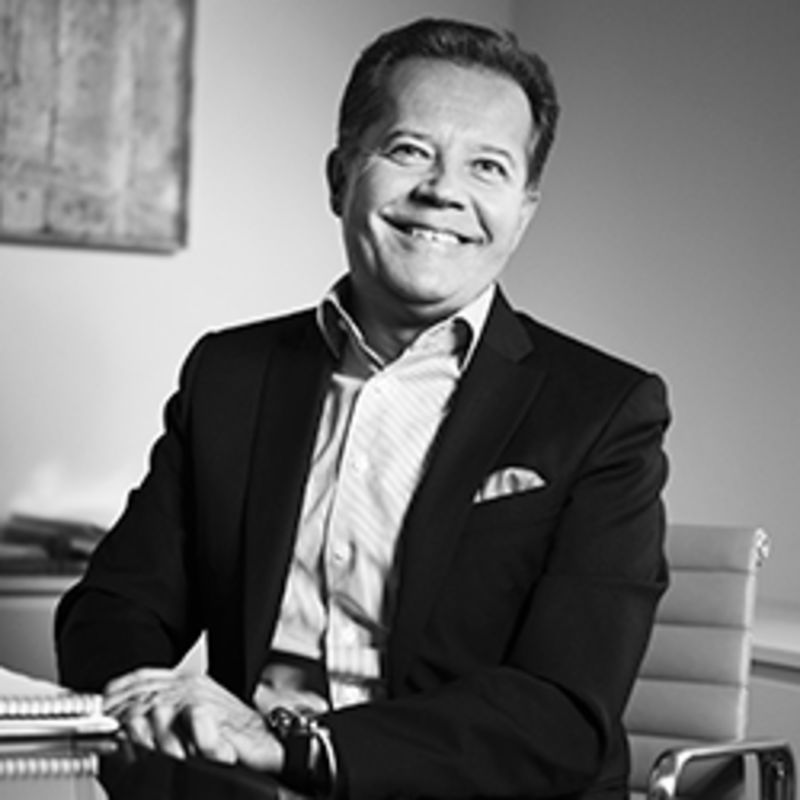 'Openings of this kind are vital to Finland during these difficult times. They bring hope for the future.'

Chairman of the Board, Saastamoinen Foundation 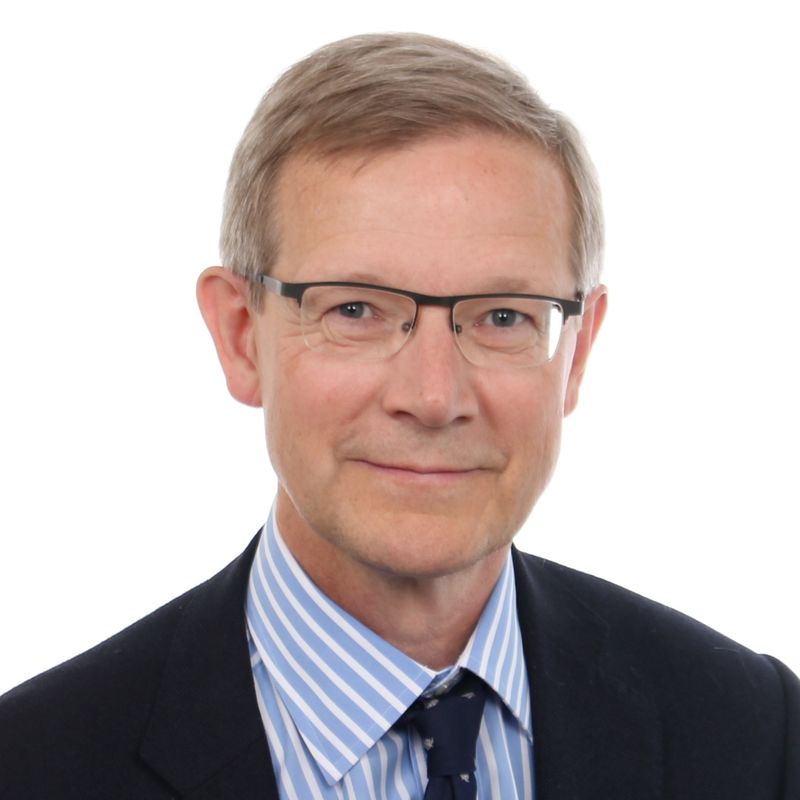 'There has traditionally been two schools of thought in economics. According to one of them, it does not matter who owns the company, and according to the other, private ownership is evil. We strongly believe that the owner’s expertise and performance affect the success of the company.  We hope that the professorship brings new knowledge and deep understanding to what the role of good and competent ownership plays in the economic growth, for the benefit of our country.'

Chairman of the Board, Helvar Merca 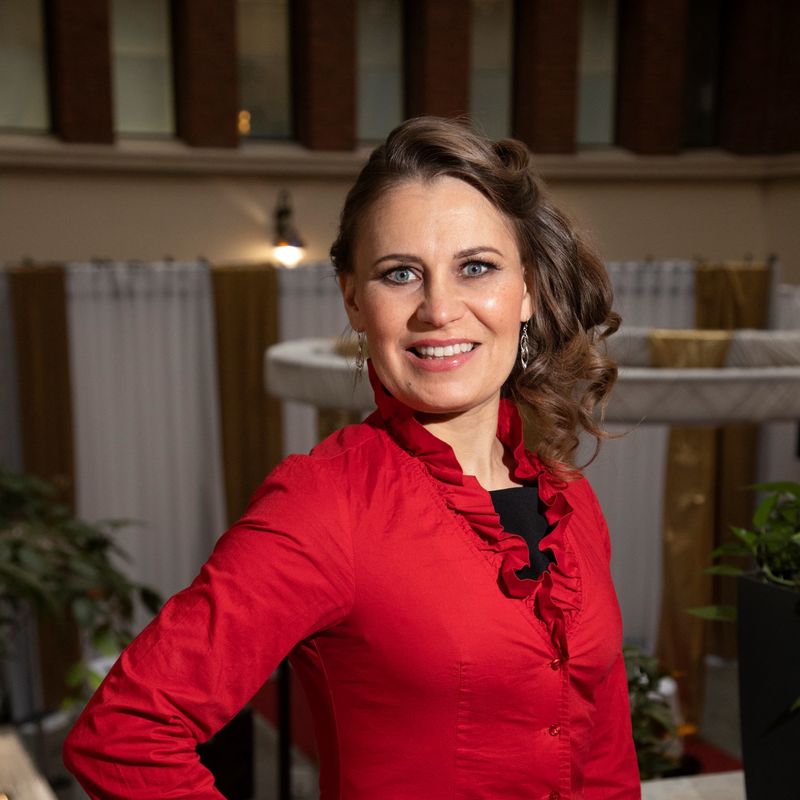 'Finland is on its way of becoming a broad-based ownership society, in which everyone can be an owner of a listed company. Ownership generates wealth and impact. Supporting ownership reflects the Finnish ownership -everyone can contribute with a small amount, together we small do something big.' 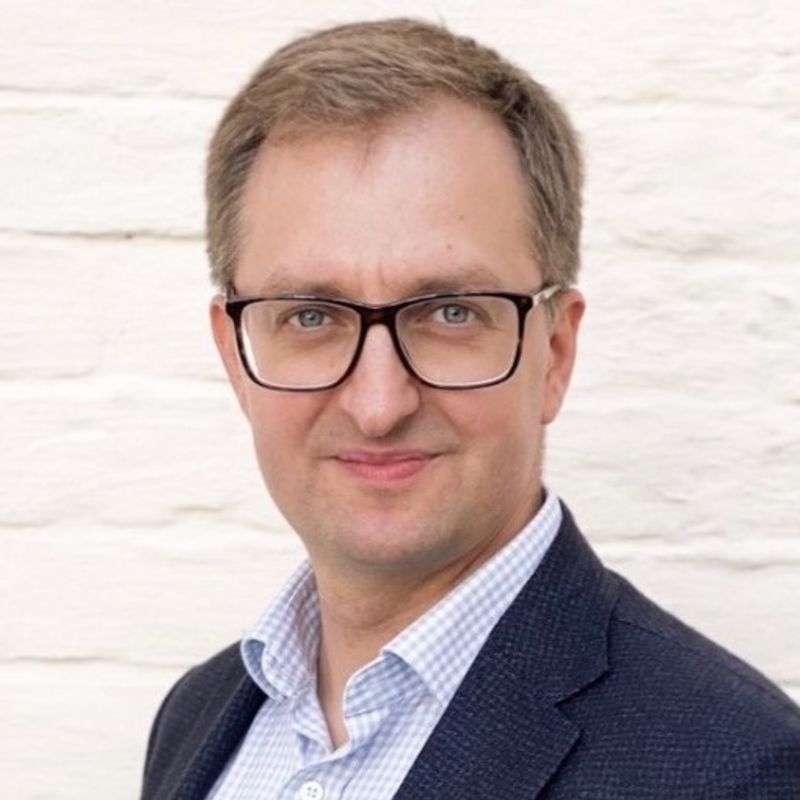 'Ownership has meaning on an individual level, on corporate level and on societal level.  As there was no professorship in ownership in the whole world before, we set out to establish one. It is an honor for me to act both as the founder of the project and its first donor. I hope that the professorship gets a wide donor base and enhances co-operation between different varieties of ownership.'

Chairman of the Board, Ownership steering group, Author of 'Osaava omistaja' (Competent owner) 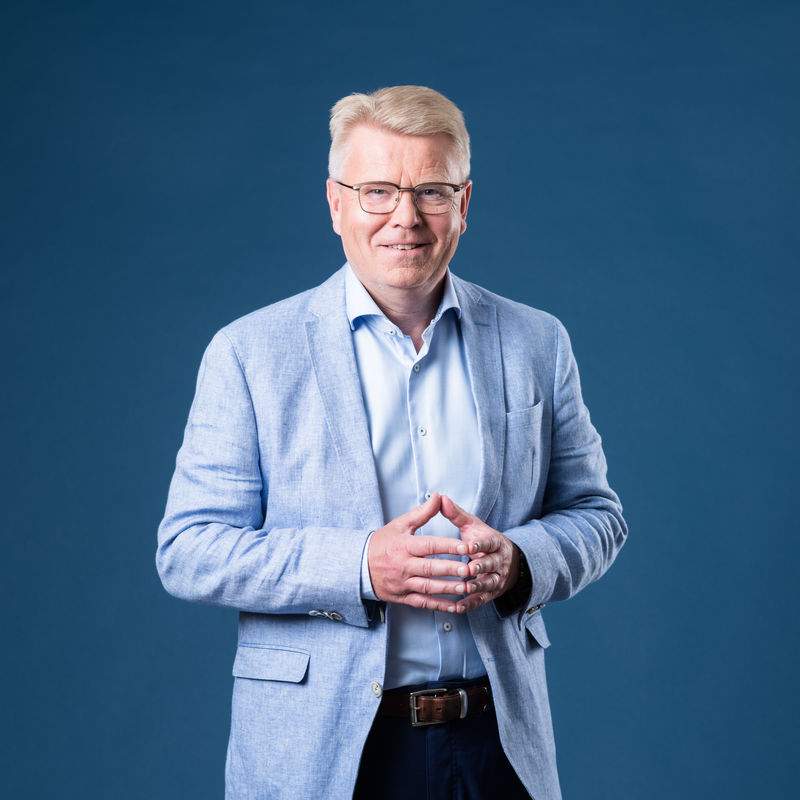 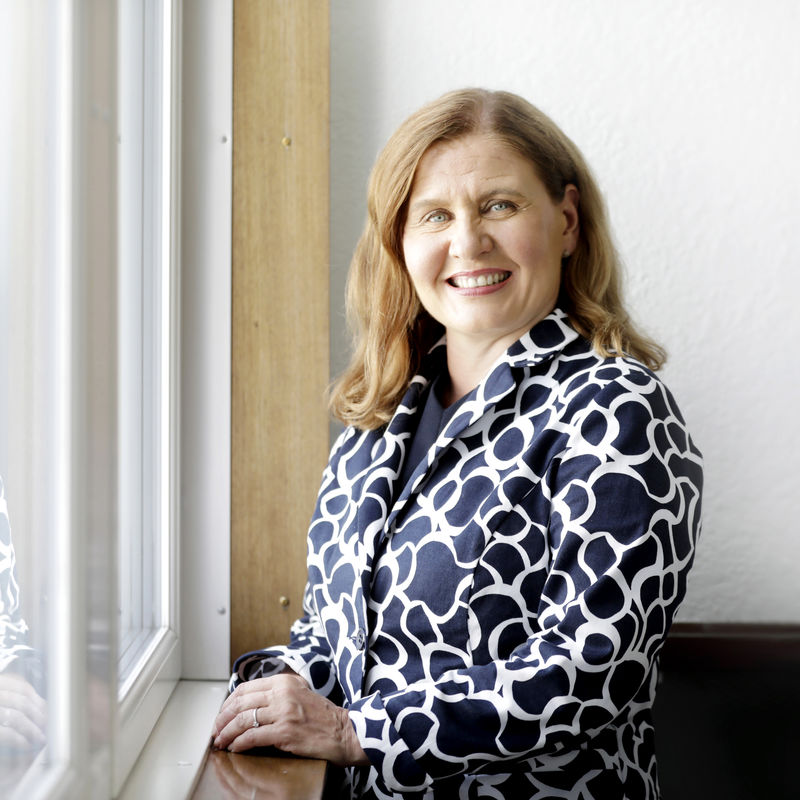 'High quality research will help us to foster ownership that brings economic growth and well-being to society. Independent research will also help political leaders to find ways how to boost ownership in Finland and how to make Finland more attractive for foreign investments.' 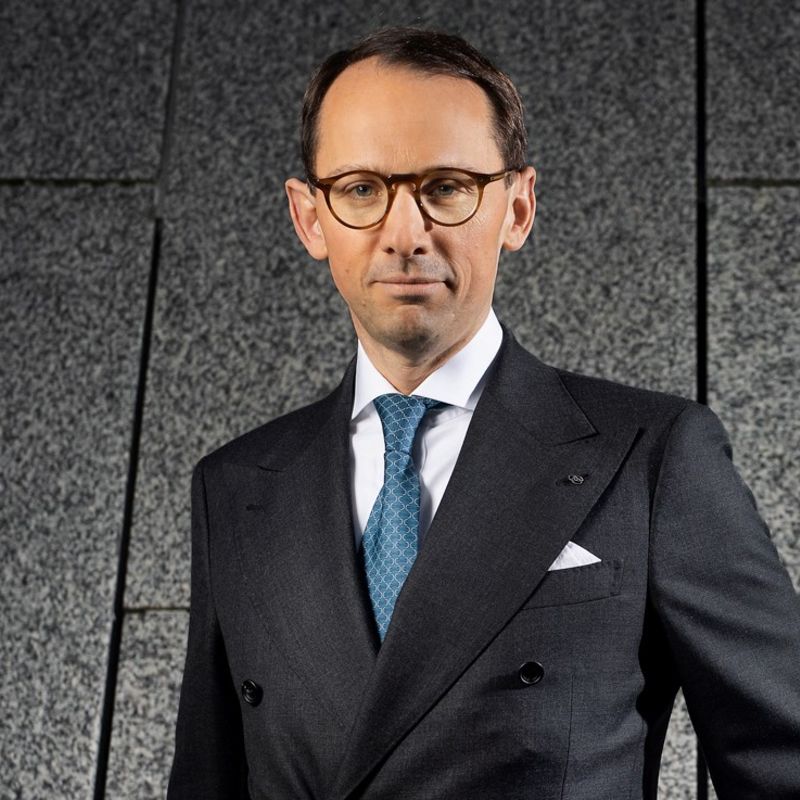 'Ownership is constantly facing a turning point, but it will be a key national and financial resource in the future, too. I am convinced that research and education in ownership advance both the enhancing of good ownership and strengthening the ownership culture.' 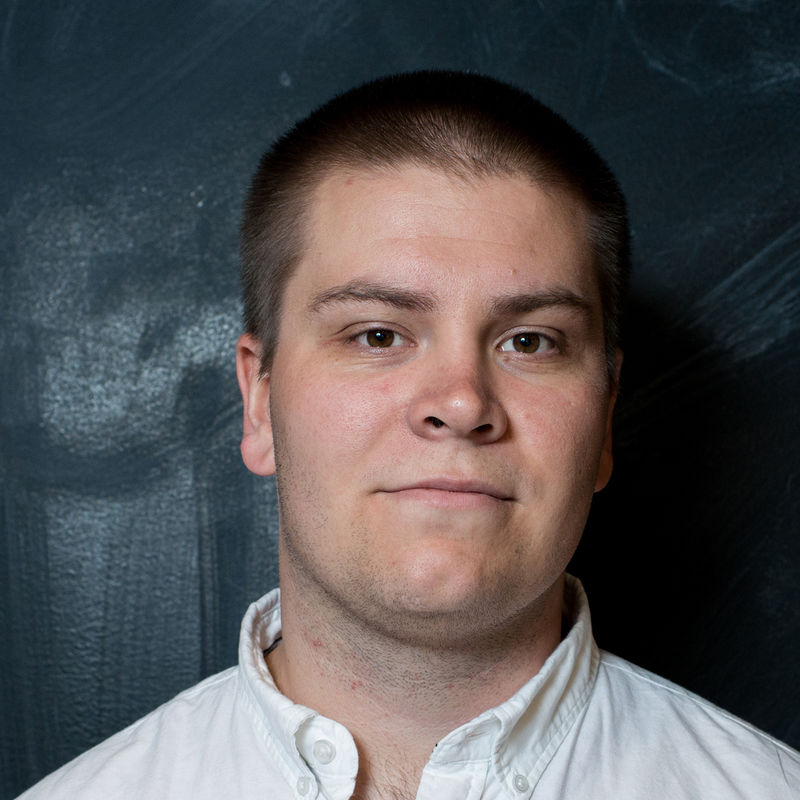 'As a young family business owner, I want to keep developing into a better owner. Knowledge based on research data and the best international practices brings important expertise to a practical level.’

one of the Owners and Member of the Board, Ensto Invest 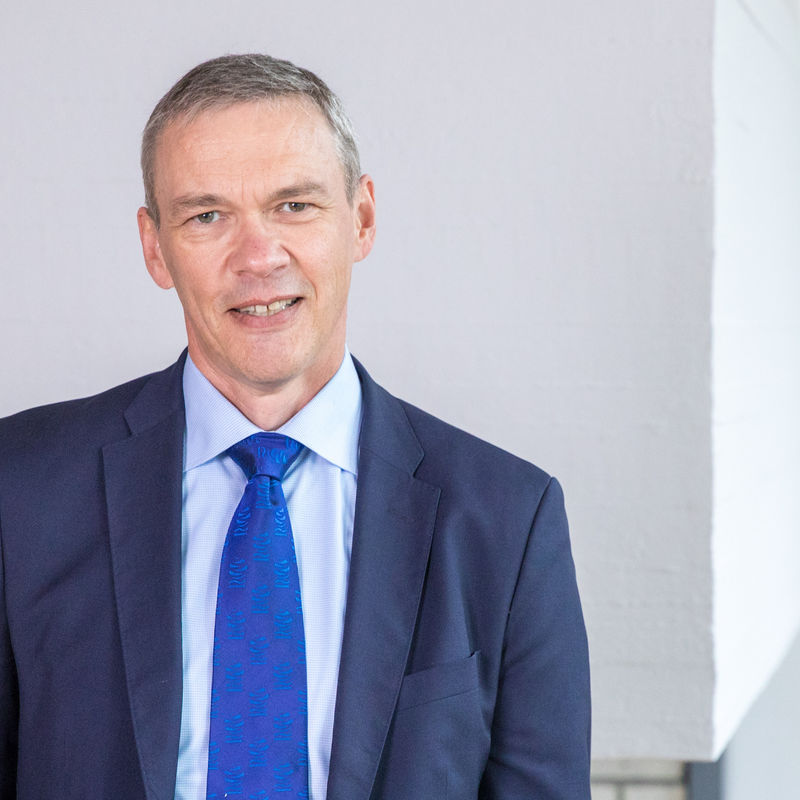 'There is surprisingly little top-level research on how ownership impacts the operations and success of companies as employers, taxpayers and engines of growth. The new professorship fills this gap and, also serves as a pioneer in research and teaching related to the theme of ownership in Aalto's internal networks as well as national and international networks.’ 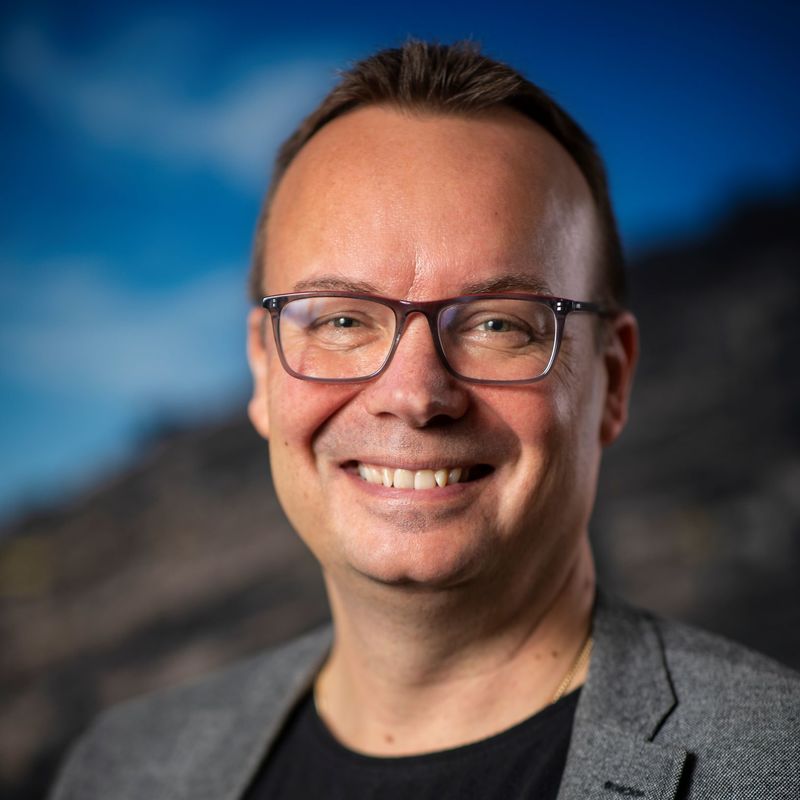 'As a second generation entrepreneur, this theme is extremely important for me and has a big role in my everyday life. We still have a lot to do in ownership; in clarifying the analogy of it, and in finding out how the impact of expert ownership can be scientifically proven, among many other things. Professorship in ownership has a significant role in enabling the development around ownership in society, and we need to bear in mind that ownerhip touches everyone.'

Chairman of the Board, Fredman Group 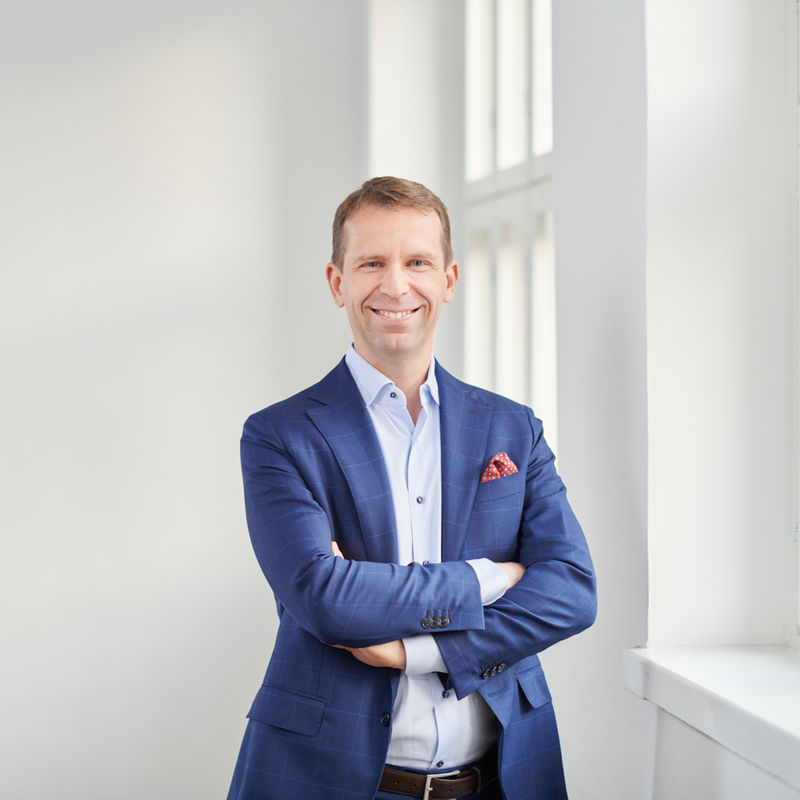 'Advancing and developing both ownership and entrepreneurship, which are tightly related, are important for the whole society. We believe that the professorship in ownership supports the progress of good ownership widely in our country through research and education.' 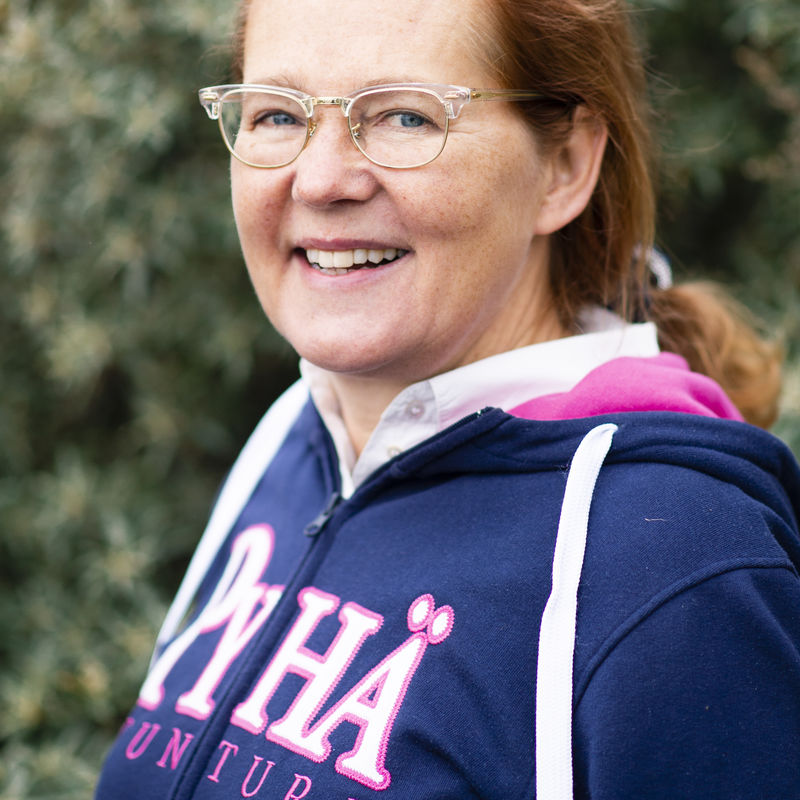 ”Owners do matter -they decide what companies do, how, where, with whom, and what they aim at.

It is great that with the help of the professorship it is possible to study the essence of ownership, its various roles and impact in our companies and society from different perspectives. Only scientific research gives a solid basis for decisions and helps us to understand all the challenges and possibilities, that ownership brings with its different forms and roles. I believe that with research we get both tools and a frame of reference, with which we can multiply these possibilities!” Miia Porkkala, Chairman of the Board, Aho Group

Chairman of the Board, Aho Group 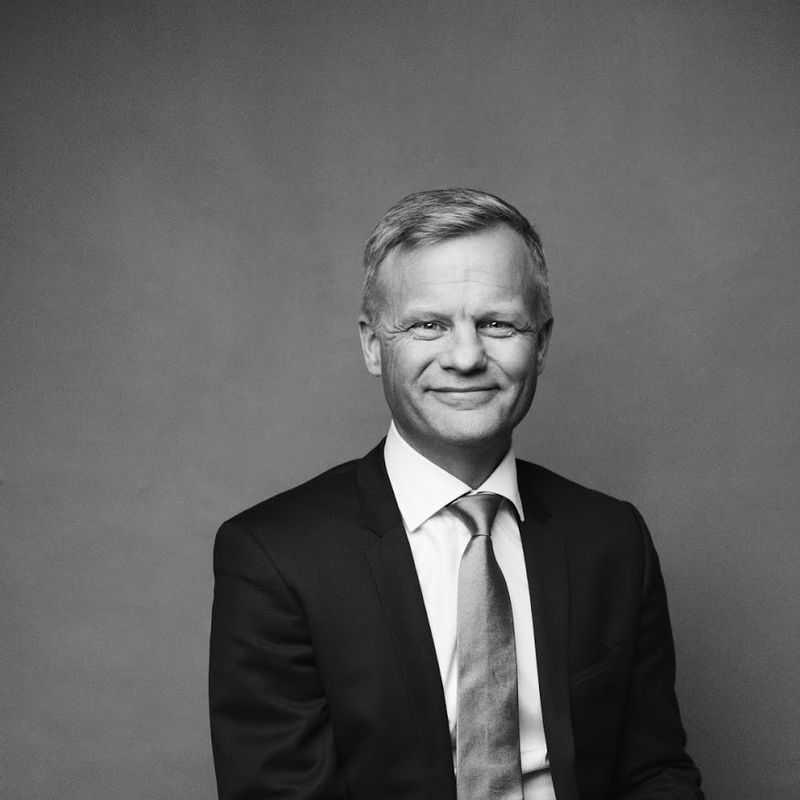 ”Finland needs growth. It can best be supported through determined ownership and by creating a stronger ownership culture. Even a single person can make a significant impact, this is in our hands. Let's create new well-being together and at the same time, strengthen Finland's position on a global scale. This is a huge opportunity for us.”

Vice Chairman of the Board, Hartwall Capital 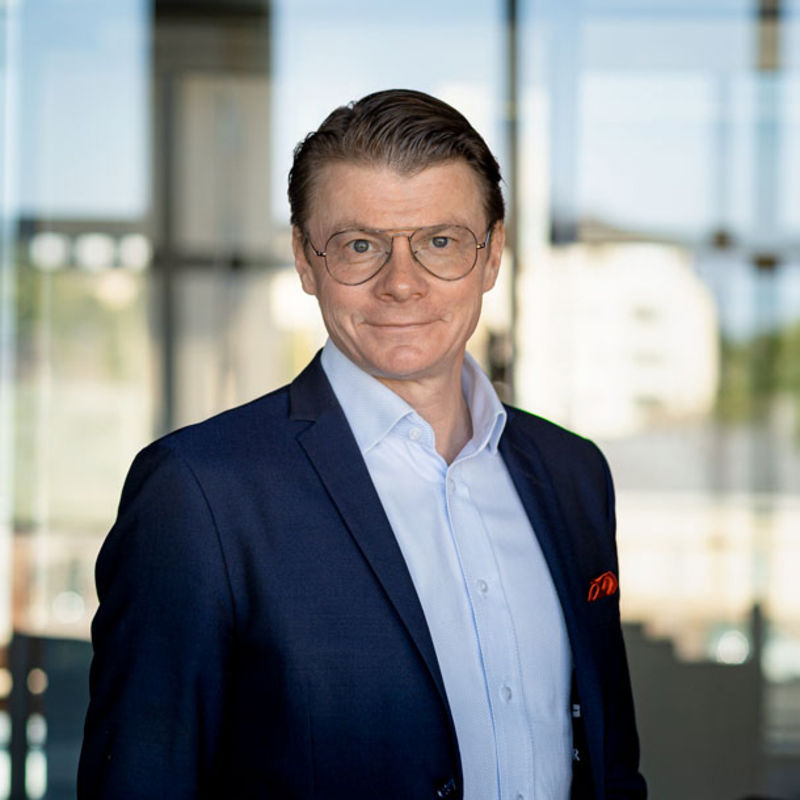 ”I consider it important that Mandatum life is supporting the world’s first professorship in ownership. Mandatum Life and its predecessors have more than a hundred years of history as a promoter of Finnish ownership, and therefore, it was only natural for us to join as a donor. Without ownership, there would be no businesses, nor jobs or well-being, for that matter.” 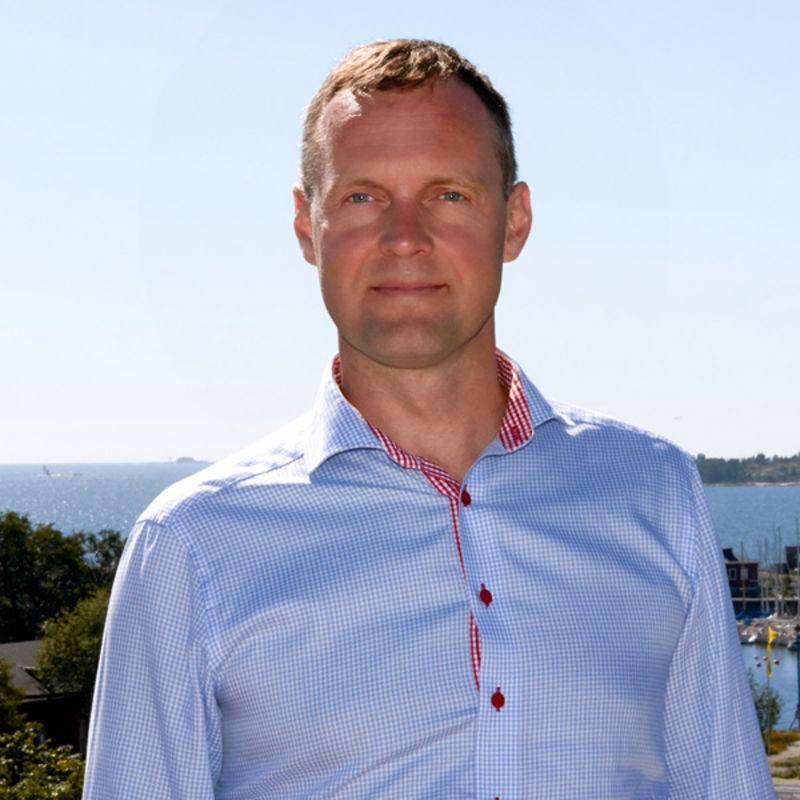 “At Juuri Partners, the decision to support Aalto University’s professorship in ownership was unanimous, and easy to make. There is too little talk about ownership and its importance as a driving force in society. It is great and valuable that ownership is made visible through the professorship and that there will be long-term investment in research.” 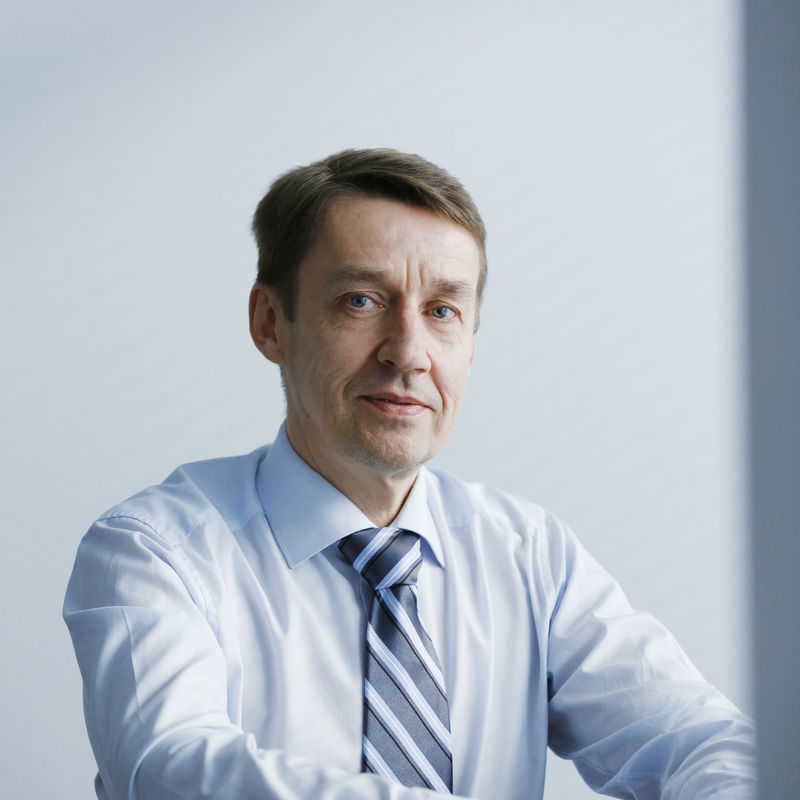 ”Ownership brings responsibility to the owner and creates well-being for society as a whole. The new professorship reinforces the societal debate on ownership and advances the education of it in a totally new way.” 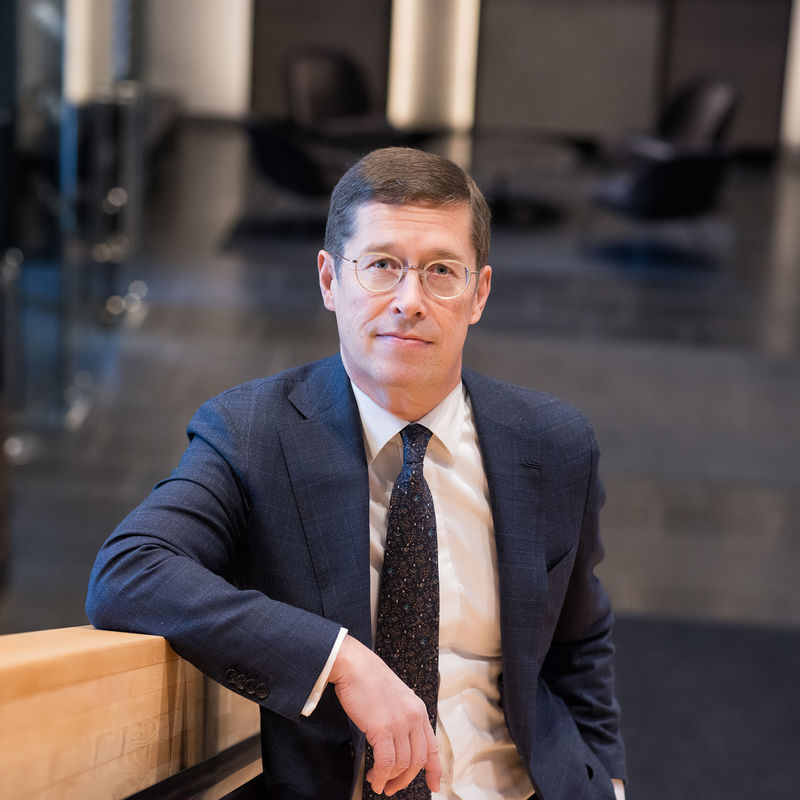 “Kaleva has secured the economic livelihood of Finnish households since 1874. An essential part of the company’s operations is to invest funds to protect clients in professionally run, managed and owned companies. It is important for Kaleva that the operating conditions of these companies continue to be the best possible in the future, too. In this, the professorship in ownership is going to have its own important role." 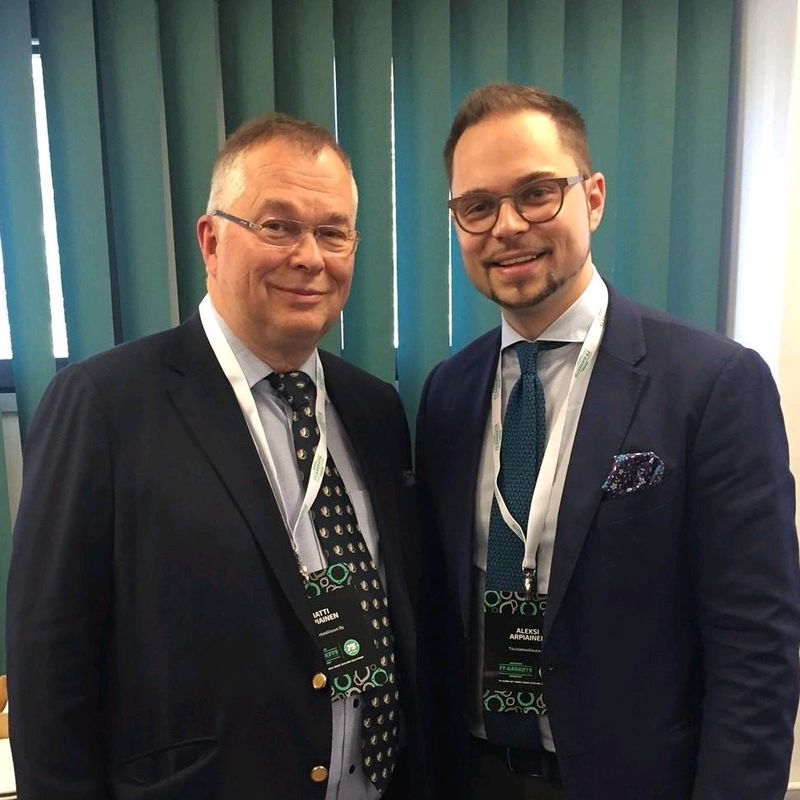 “A deeper study and scientific understanding of Finland's diverse ownership structure is important to us as family entrepreneurs, so that it can -as one of the important factors- help strengthen and develop the ownership culture and its various forms for the benefit of Finnish well-being.

Ceo and Director of the Board, TT Gaskets 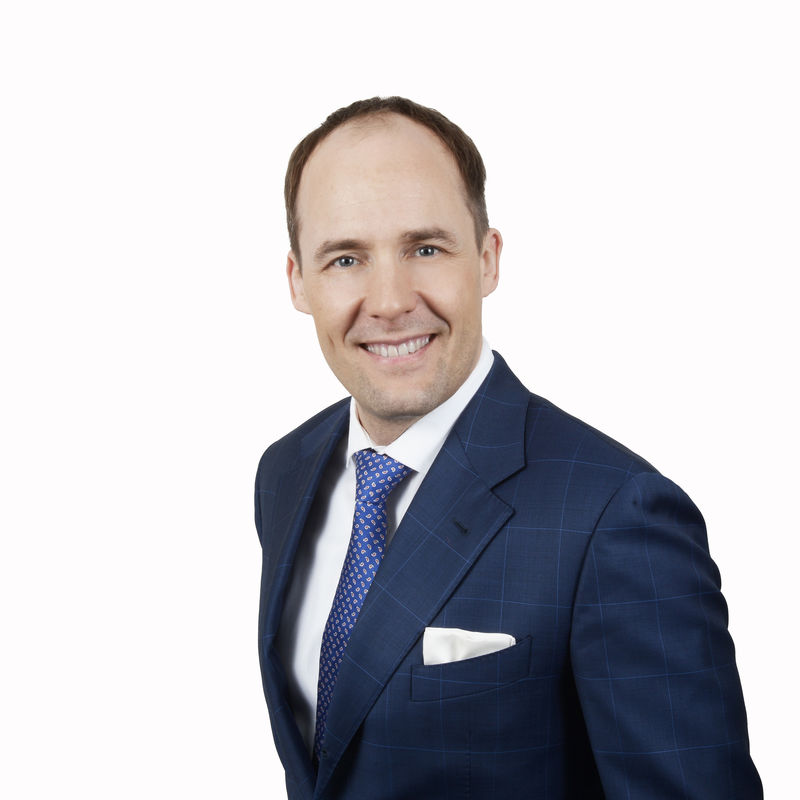 “Translink Corporate Finance is the market leader in medium-sized Nordic M&A transactions specializing in acquisition and ownership arrangements. We are proud to support Aalto University’s professorship in ownership, which boosts the ambitious development of Finnish ownership and prosperity.”

Chairman of the Board, Translink Corporate Finance

How can we create growth and prosperity for our country? There is no shortcut to it, but it requires people who are dedicated to creating selling innovations and competitive products through which exports can be strengthened.

It is important to strengthen the initiative and dynamism of society by identifying talent at an early stage, i.e., already during their studies.

In entrepreneurship, market knowledge, commitment and the right strategy are extremely important, as implementation without strategy does not give the right result, nor does strategy without implementation. I am convinced that the new professorship will help to make society more aware of the importance of ownership." 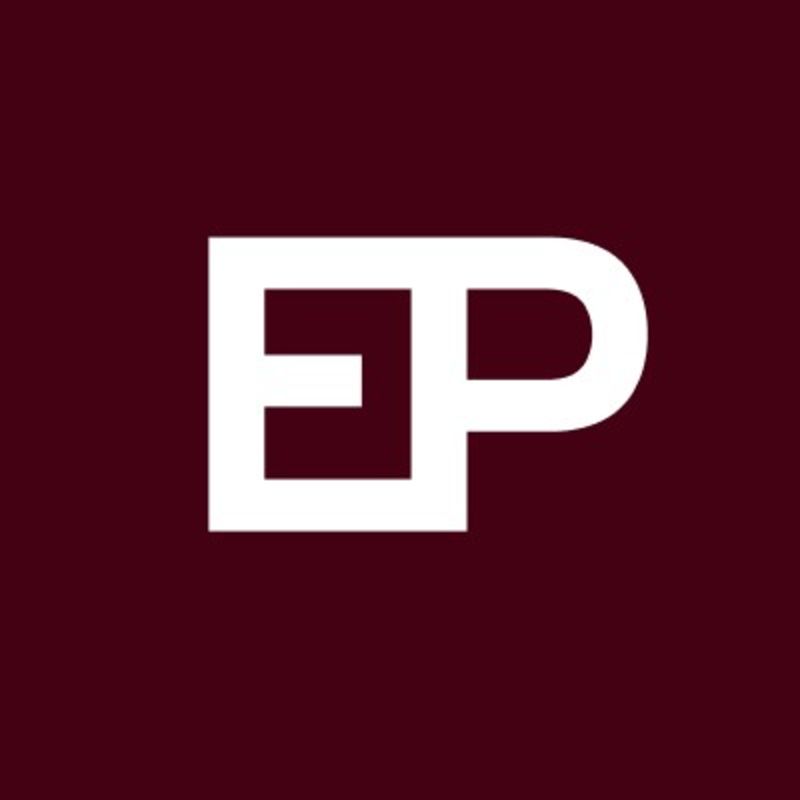 "Ownership -taking posession or ownership of something- is essential in all aspects of life. It is especially important in business, as successful companies are the backbone and prerequisite of a welfare society. The ownership agenda and its implementation are at the heart of value creation in the venture capital industry, making Ermitage Partners a natural partner in this socially important project. Ermitage Partner’s entire team is humble and proud to support as a founding donor this wonderful initiative of Aalto University to develop ownership research and education in the Finnish society. Thanks to everyone involved in the project on behalf of all of us!" 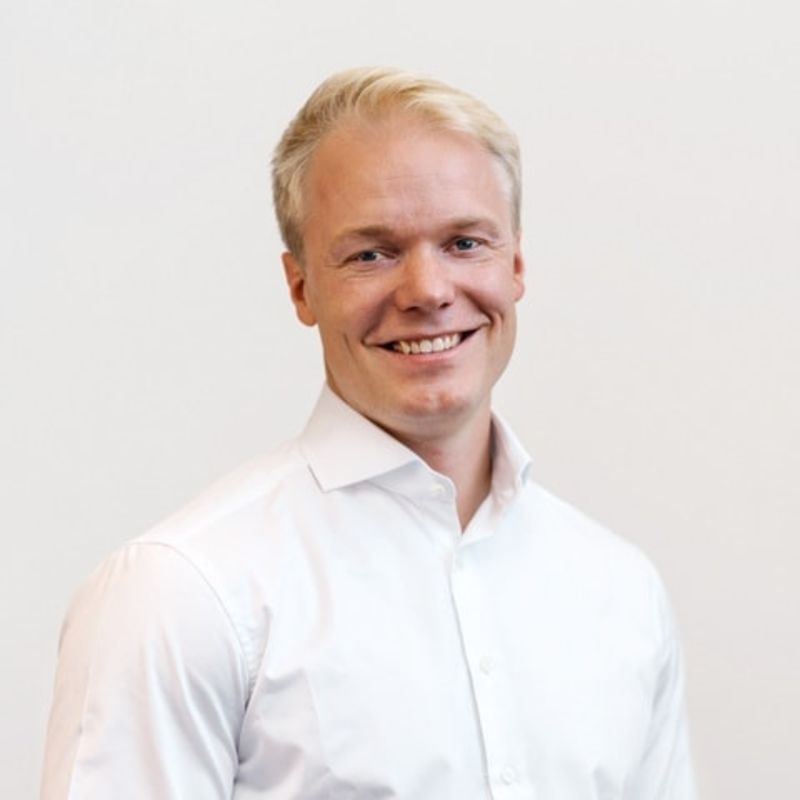 'We want to become better owners and understrand what it takes. Researched information and the latest practices around the world are the best tools to support this development.'

Our heartfelt thanks to all donors who have so far supported the professorship in ownership!

Several foundations, companies and associations have already supported the professorship with donations. Below you can find a list of all the donors who have given permission to publish their names on our website. 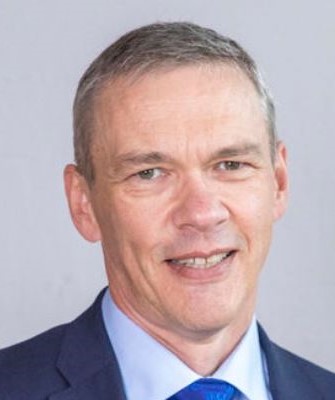