Published: 9.6.2021
8 postdoctoral research grants were awarded to the School of Science

Zoran Cenevhas received funding for a project that aims to develop a new printing method for producing 2D/3D objects using aerosolized particles and a focused laser beam. This will allow for printing of 2D or 3D objects with sub-micron resolution, which is far beyond what is currently available.

Lukáš Flajšman’s project “Bridging Magnons” develops new techniques for exploiting the phenomena of spin waves in materials. Mobile phone and WiFi technology rely on microwave processing, and the components developed in this project could potentially enable much smaller and more powerful devices.

Lachlan Gunnis aiming to prevent computer hackers being able to exploit a common type of bug called ‘memory corruption vulnerabilities’. These bugs are a major risk to computer security; Microsoft state that they make up seventy percent of their reported vulnerabilities. The goal of the project is to develop new techniques for defending against them.

Shinji Koshida’s funding will support his continuing work into statistical mechanics in the   project “Coupling of Gaussian free fields and Schramm–Loewner evolutions on multiply connected domains”.

Laure Mercier de Lepinay has received a grant for the project “Vacuum forces between superconductors probed with microwave optomechanics” to explore the incredibly small forces that quantum fluctuations exert on materials. These forces have been measured before, but never using superconducting materials, and Dr Mercier de Lepinay hopes that doing so will shed more light on the phenomen.

Carlo Rigoni is looking to create a new class of synthetic materials that could behave biologically. The project “Dissipative functional nanomaterials with non-equilibrium magnetic and  photonic responses” will try to make nanomaterials with structures that can be controlled via energy dissipation.

Owies Wani is producing new materials inspired by “homeostasis — nature’s ability to resist changes imposed by the environment. He will produce a resilient and interactive material that if strained under load would have an inbuild mechanism to return to initial state and thereby maintain its integrity. This will potentially be useful for the emerging field of soft-robotics. 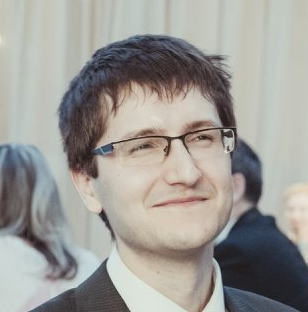 There are altogether 12 new Academy of Finland projects at the Aalto School of Science. Funding was received from all the three Academy of Finland Research Councils: Biosciences, Health and the Environment, Culture and Society and Natural Sciences and Engineering.

New Academy Projects to be launched in September