Tarja Trygg is a Doctoral Candidate, visual-arts teacher, and solargrapher. She has worked as a senior lecturer at Aalto teaching photography. She is currently emerita and concentrates on her doctoral thesis Exploration of Solargraphy. Solargraphy combines analogue and digital photography for making the sun’s paths visible in lenseless pinhole photographs. Her ongoing artistic research will be presented in the form of a solo exhibition at ARS Longa galleria in Helsinki in January (14.1.6-30.1.2022).

The artist will be present on the following dates: 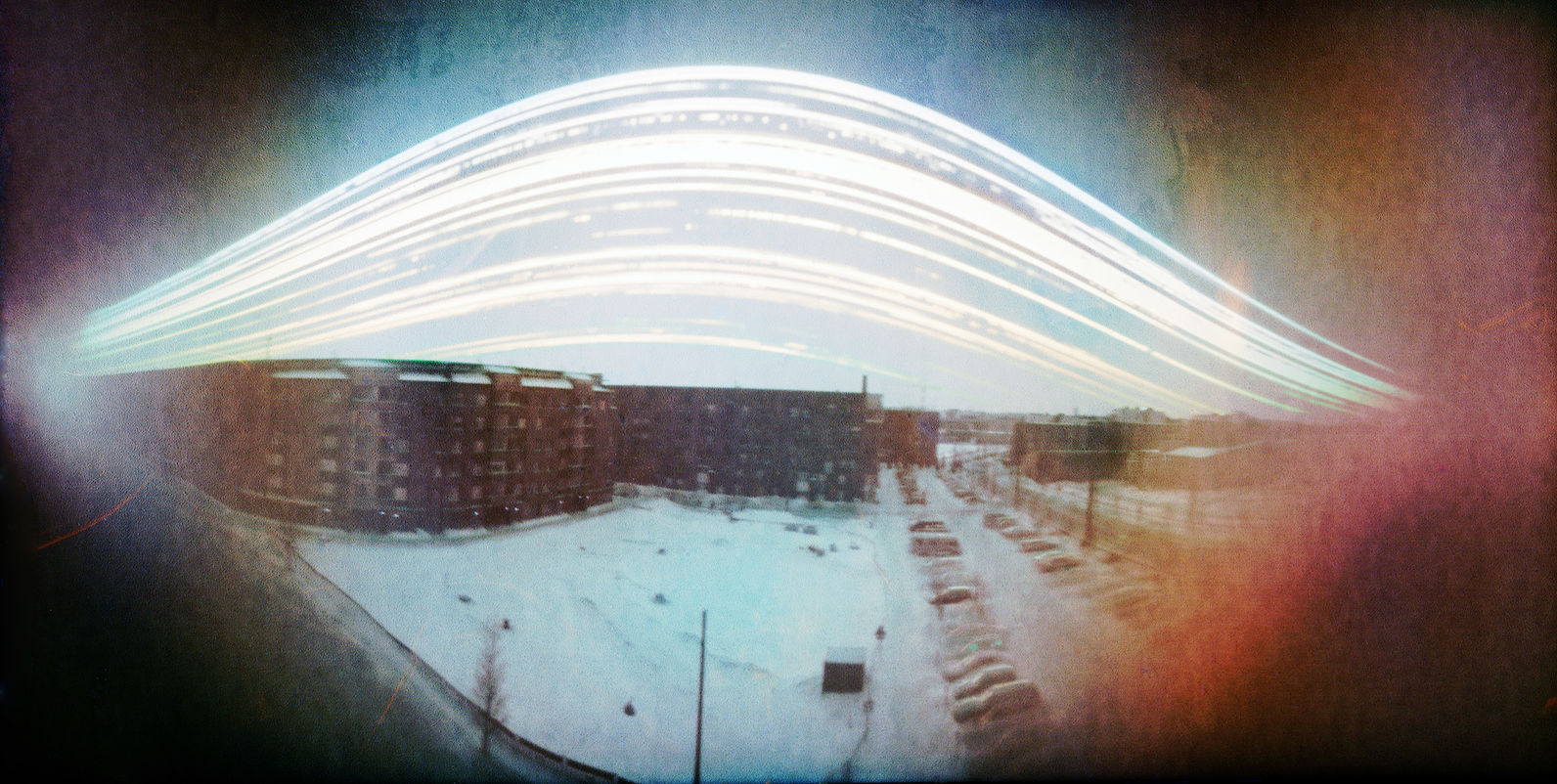 My first contact with solargraphs occurred in 2002 while attending an international photography workshop Profile'02 in Poland, organized by the Poznan Academy of Arts. After seeing a black line on a minor paper negative, I wondered what's so special about it. The explanation that the seeming sun's orbits are as vertical streaks at the equator and horizontally in the northern hemisphere aroused my curiosity. I wanted to see and discover this unique feature of solargraph; the visibility of what we do not see with the naked eye. My passion for solar graphs has persisted and accompanied me to this day, and its fascination is still going strong. I can influence almost the entire process, voluntarily make my pinhole cameras, test photosensitive material and try out my ideas. We humans can still not control everything and, even here, nature and chance inevitably have their fingers in the game. Using an extra-long-exposure in a single image can be surprising and often offers unexpected results. It belongs to the process, is "part of the charm" as well.

My first solo exhibition with solargraphs was displayed at the Laterna Magica Gallery in Helsinki, in 2005. The space sounded appropriate for presenting images as magical and enchanting as these. Now, 17 years later, the Ars Longa gallery feels like the right place to celebrate my two decades of escapades with solar graphics. For this exhibition, I have chosen pictures from Finland over the years that I have created during the 20 years. These years have given me immense joy, many laughs, and an endlessly exciting medium to explore the world and enriched my perception of our position in and relationship to the universe. "Ars Longa" refers to the Latin "Ars Longa, Vita Brevis", life is short, art long. In the picture, the traces of the passing time and the variations of the seasons remain, while the quick-footed and time-efficient leave no trace.

The sun’s paths are visible in the sky surprise many spectators, especially those who only see such images for the first time. The keyword is the earth rotation Even if we do not notice that we are moving, we know that the earth revolves around both its axis and the sun. The Finnish rap artist, songwriter Pyhimys (Mikko Kuokkala) describes this rotation in his song “Jättiläinen” (English giant) as follows: “Alone we crawl here. The icy wind does not sound to us. It sings to the dead. Like a spinning top, we swirl around, while time rotates around the resting eight of eternity.” (Translation from Finnish)

Over time, the landscape changes, a park is planned for the open area, but it will take time to implement it. The season's transformation and the landscape look different in colors, lights and weather conditions. We see the sun rising from the east and setting west. The sun is highest during the summer solstice and at its lowest close to the horizon during the winter. In the northern hemisphere, the annual cycle includes four seasons Migratory birds return, and sometimes it happens that a bird cuts the hole in the pin pinhole camera larger, so the sharpness in the image disappears. "Capturing" solargraphic images requires patience, discipline and humor. For me, working on Solargraphy has, above all, led to respect for the instability of human life and nature. Also, it has added my understanding the smallness of humans in a vast and ever-expanding universe.

I want to thank all of you who assisted me in the implementing my project, particularly Marjo Cunningham, Tuomo Hari, Tuula Isohanni, Antero Kare, Saara Pyykkö, Eine ja Timo Saikkonen, Magi Trygg and last, but not least my husband, Lars Trygg.