Published: 9.3.2020
Aalto ARTS Books has gained prizes in the International Creative Media Award (ICMA) competition. Both awards came in a series where science and textbooks were awarded: Juuso Koponen's and Jonatan Hildén's work Data Visualization Handbook won gold and Pasi Räbina's Print of Beauty received the “Award of Excellence”, which is awarded for outstanding performance.

The awards can be seen as an indication that Aalto ARTS Books has succeeded in its core mission of publishing works in which the union of high-quality content and beautiful layout has been successfully implemented. It also shows that academic publications can be spectacular – not just world-class in content.

This year, 427 books and publications from 26 countries around the world took part in the competition, e.g. From Australia, Korea, South Africa, Brazil and many European countries. The competition has grown year by year. Aalto ARTS Books is the only award-winning Finnish publishing house.

'We competed in a series with the world's finest art books and visual publishers, such as the Museum of Modern Art and 5 Continent Editions, so we are in good company', says Sanna Tyyri-Pohjonen, Publishing Manager (vs.) at Aalto ARTS Books.

The ICMA awards were now presented for the tenth time. Aalto ARTS Books has participated in the competition three times and has always been awarded. The winning books of the previous year have been Maija Tammi's Sick Photography (2018) and Lost in the Woods (2017), edited by Pirjo Kääriäinen and Liisa Tervinen.

The prizes were to be distributed 9 March at a gala dinner in London, but the event had to be canceled due to the coronavirus situation.

The Data Visualization Handbook (2019) is a basic work on the pictorial presentation of information for graphic artists, journalists, scientists and students in the field. The book was published in Finnish under the name Tieto näkyväksi in 2016. Authors Jonatan Hildén and Juuso Koponen have also created the layout of the book. 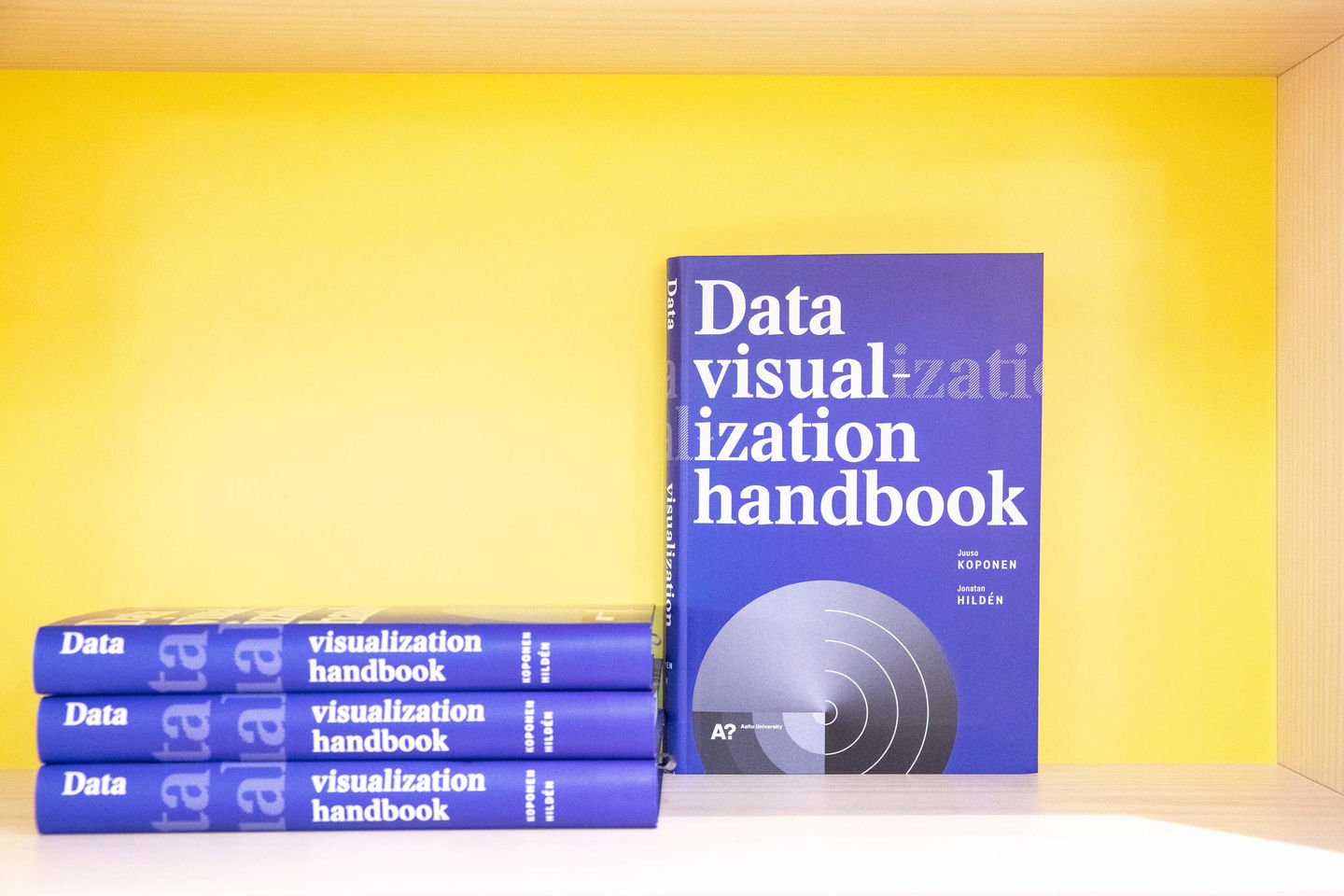 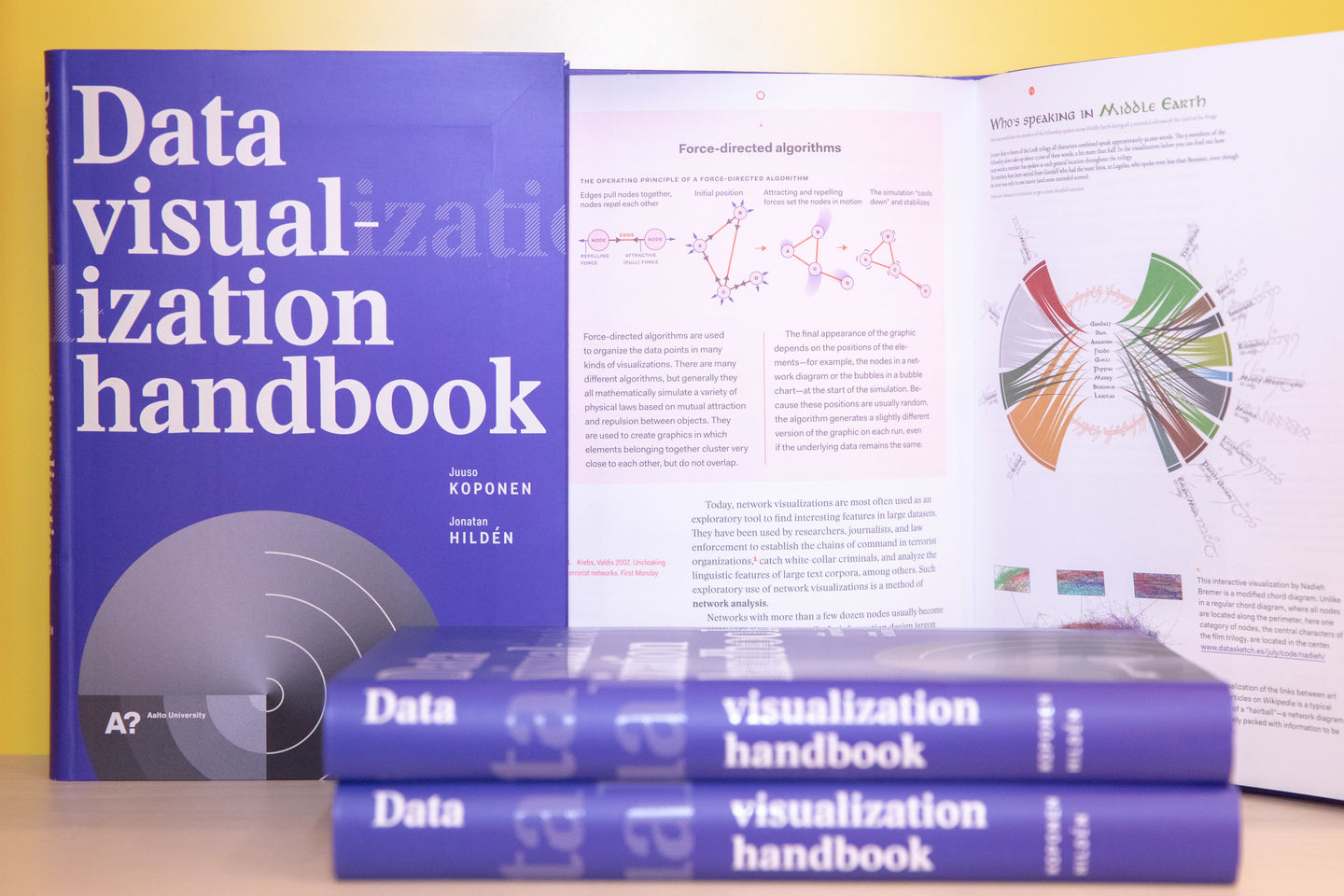 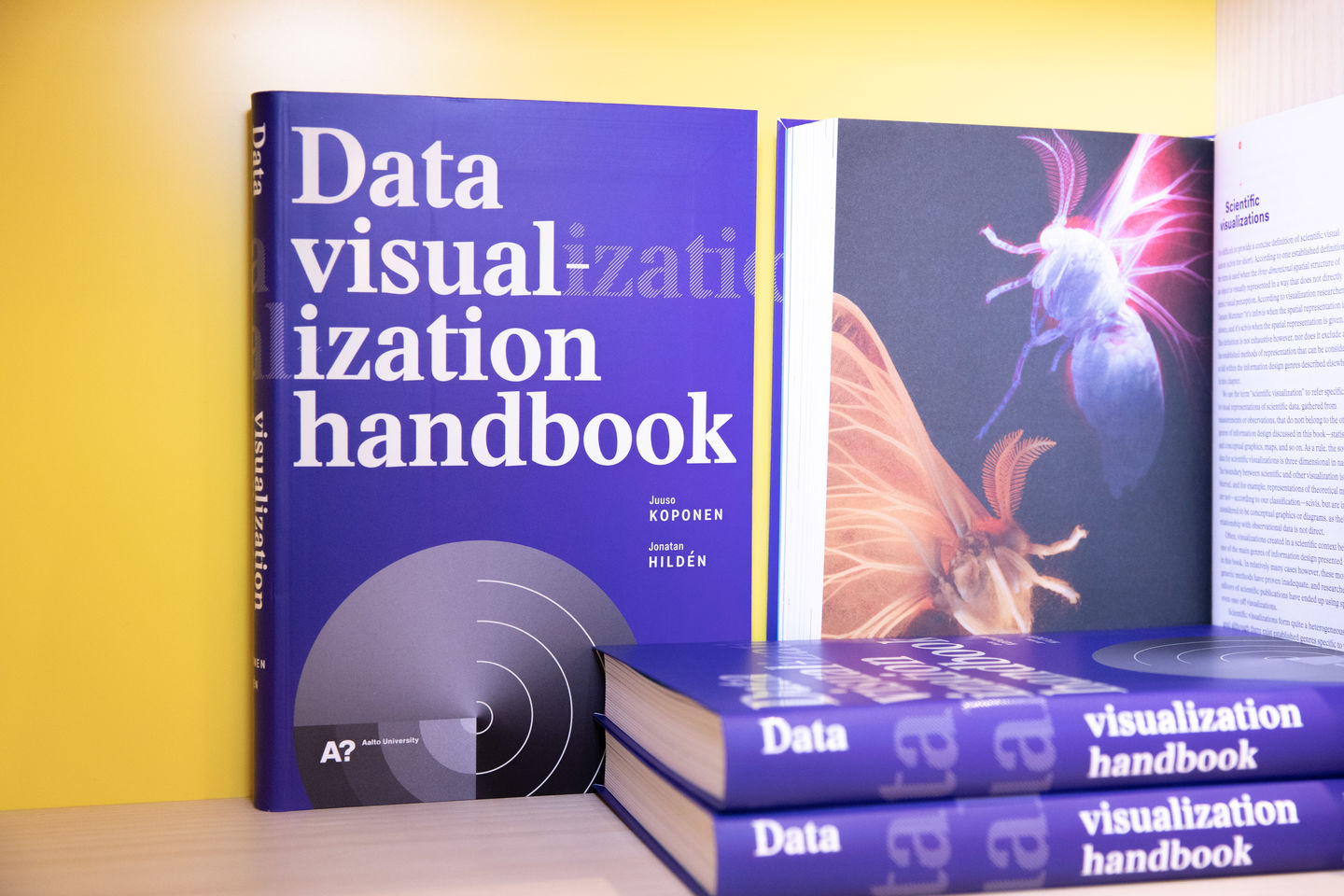 The Print of Beauty

The Print of Beauty is a celebration of beautiful images! The book brings together the life work of award-winning costume designer Pasi Räbinä. Other authors include Heta Haanperä, Sofia Pantouvaki, Maija Pellonpää-Forss and Joanna Weckman. The texts are in both Finnish and English. The layout was created by Kaisa Tiri. 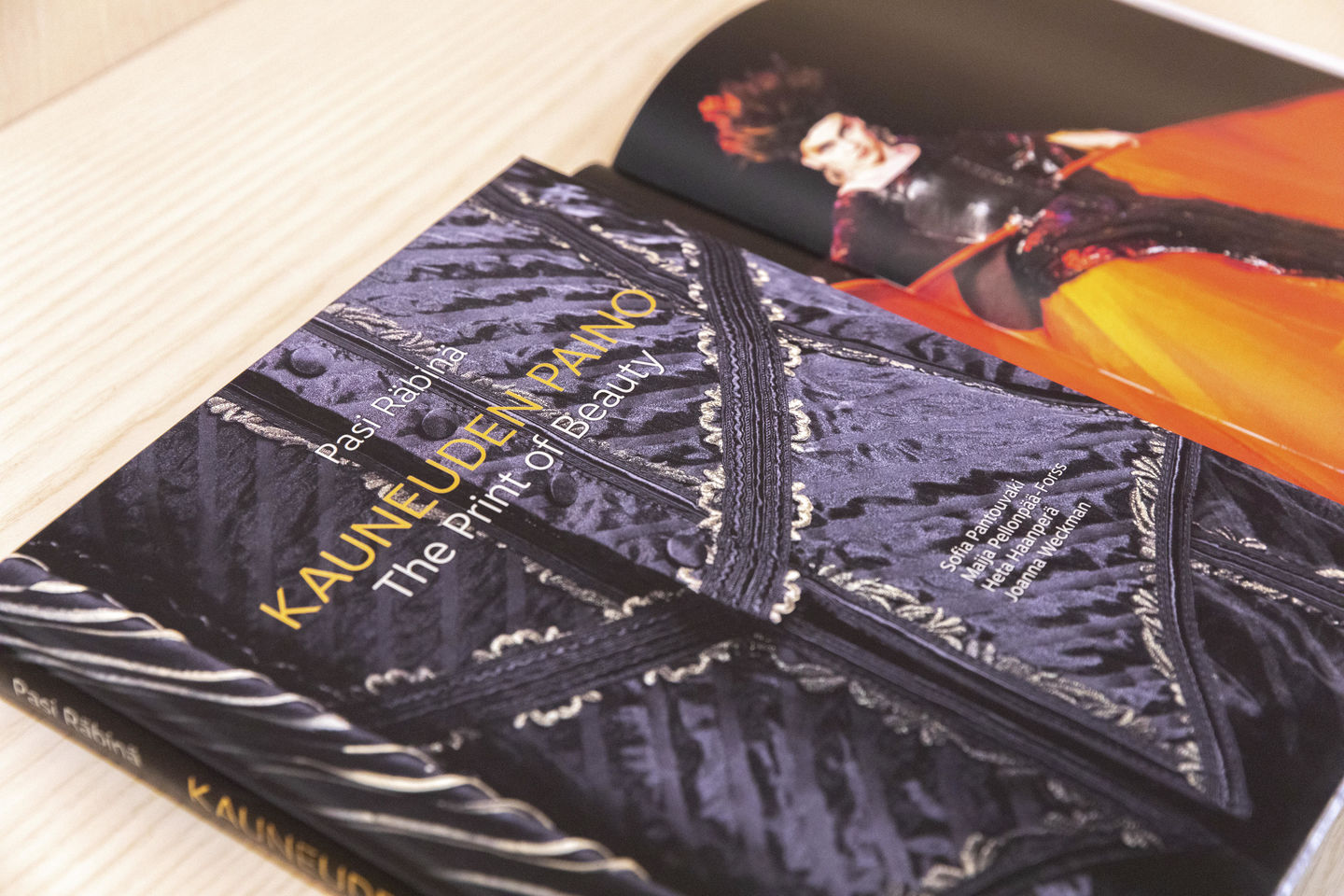 A stage costume is a consciously constructed costume that frames the wearer’s identity, reinforces the content of the performance, and creates an illusion. 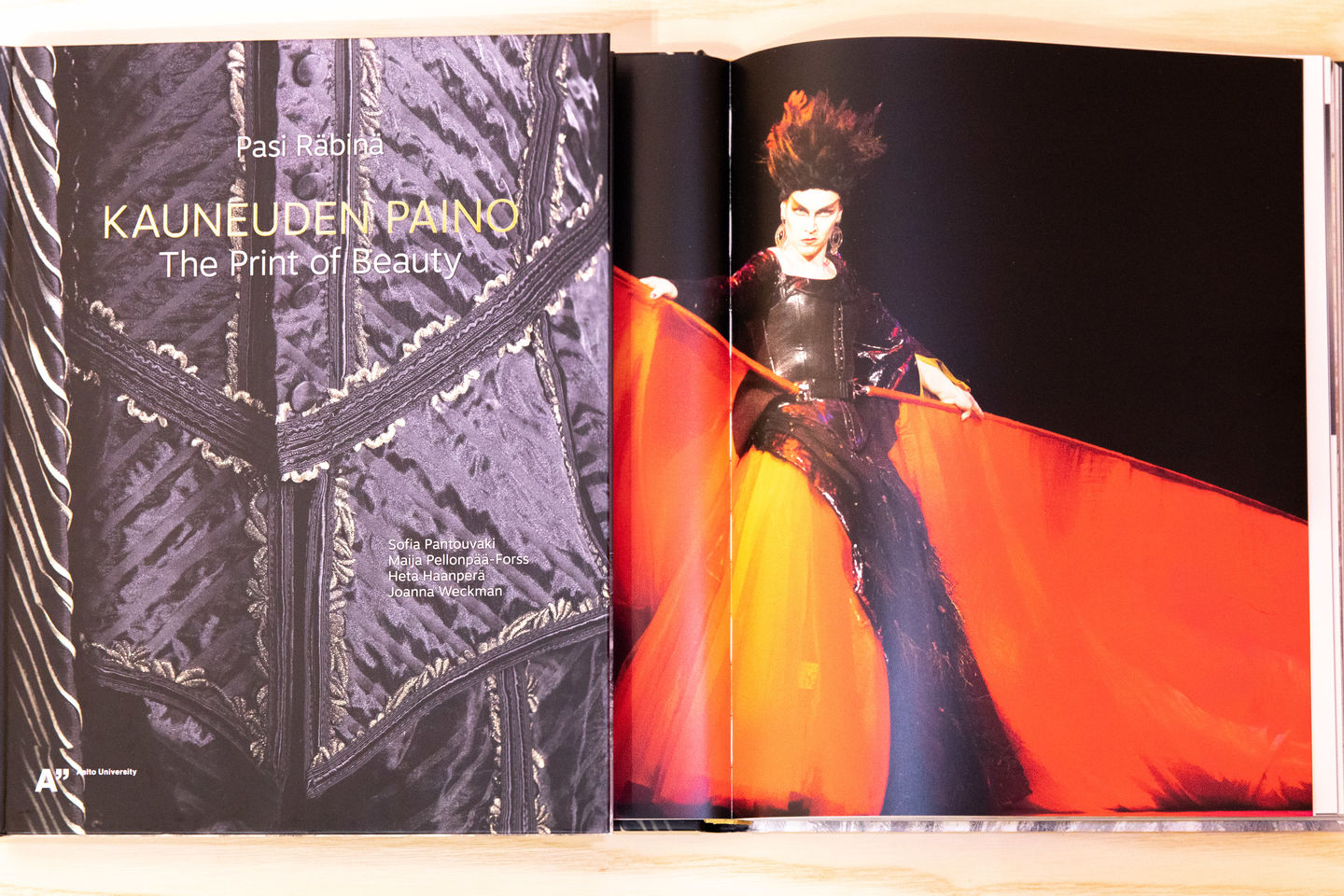 The Print of Beauty is a unique work of costume design and unique fabric manufacturing techniques.

President Ilkka Niemelä is among 15 Aalto employees to receive decoration by the President of Finland. Congratulations!
Honoured, Studies Published: 24.11.2022

Dean of the School of Business awarded successful students