"Lupines are considered to be invasive species in Finland meaning that they are unwanted and they spread quite quickly. At the same time, it is a great thing that they grow very fast and in rather harsh conditions, for example, with not too much water, as they can be seen as a good renewable raw material. And we thought that it could be beneficial to develop something from this plant.

We collected lupine plants around the Otaniemi area and then we segregated them into brown stems, green stems, seeds and leaves. At the start of the project, we were wondering how to proceed as there had already been done a lot of dyeing with lupine flowers. And we wanted to do something different, so we started to look at the stems, and the stems are quite fibrous. Therefore, we thought that it could be a good material that we could use for yarns." (Mithila Mohan)

"There were some trials and errors, and in the end we came up with a recipe how to make lupine yarns. We used a recipe for willow fibers from the CHEMARTS Cookbook. We boiled lupine stems and then separated the inner part from the outer part, as only the outer part has fibers. In the book, they dry the material quite a lot, but we found out that lupine fibers become too fragile. It is better to have them moist but not wet, and fresh stems perform better that dried ones. After a set of various actions, including semidrying, peeling, boiling, rinsing and cutting the stems, we did some spinning in the lab and got lupine yarns.  After that we tried to make some items through weaving and created several samples." (Maija Vaara)

"It is interesting that each part of a lupine plant can be used to create something, for example, we used leaves for dyeing the fabrics; flowers can be used for that as well. It showcases that lupines are a good and sustainable resource. And a really cool thing about lupine yarns is that they can react to moisture! Lupine fibers absorb a lot of water and, when doing so, yarn twists show the behavior of untwisting. So we had a sample of a woven fabrics that would move with moisture. This is something that we would like to focus on in the future: to explore more how these yarns could be used as responsive to humidity. And of course, we definitely would like to continue with this project!" (Mithila Mohan) 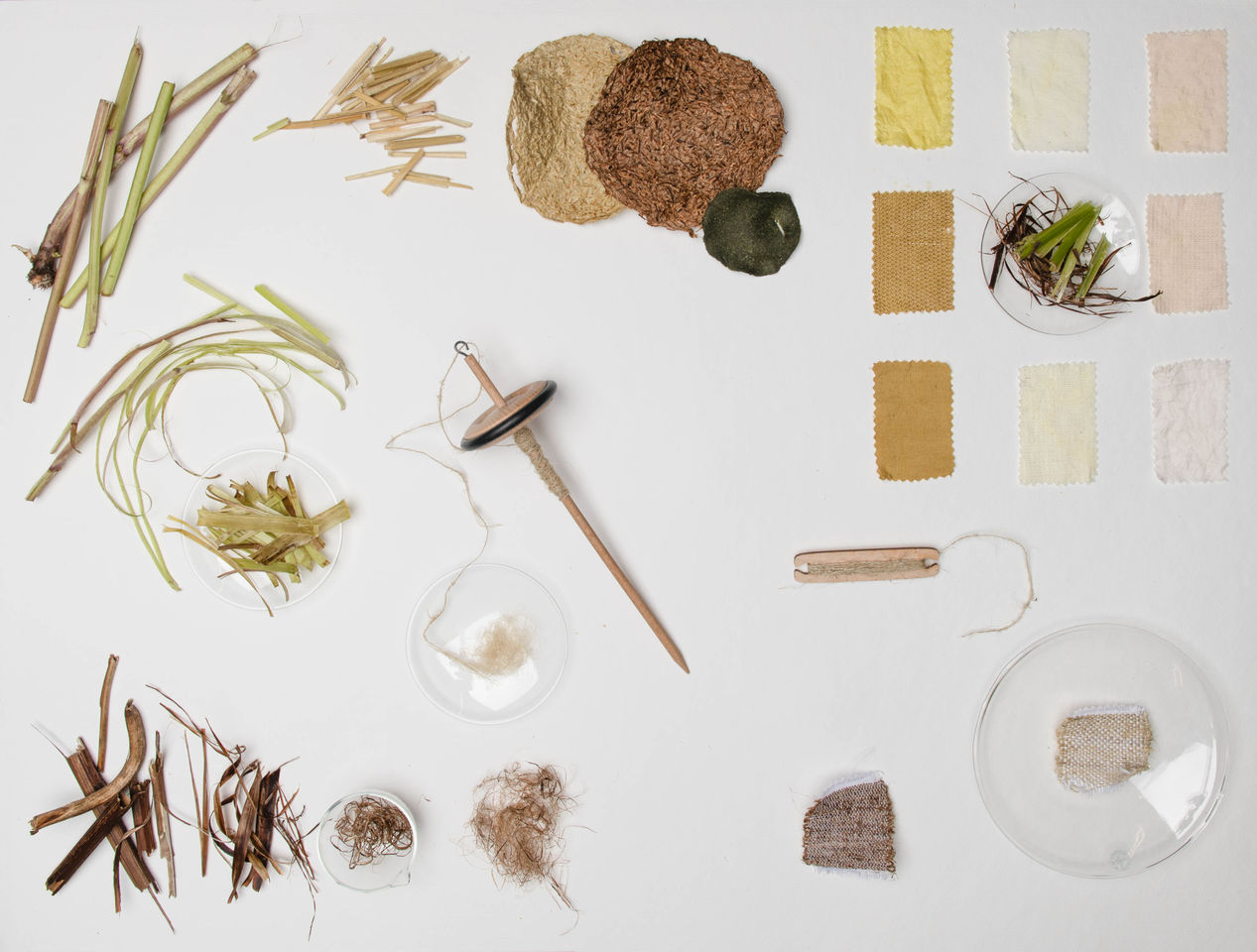 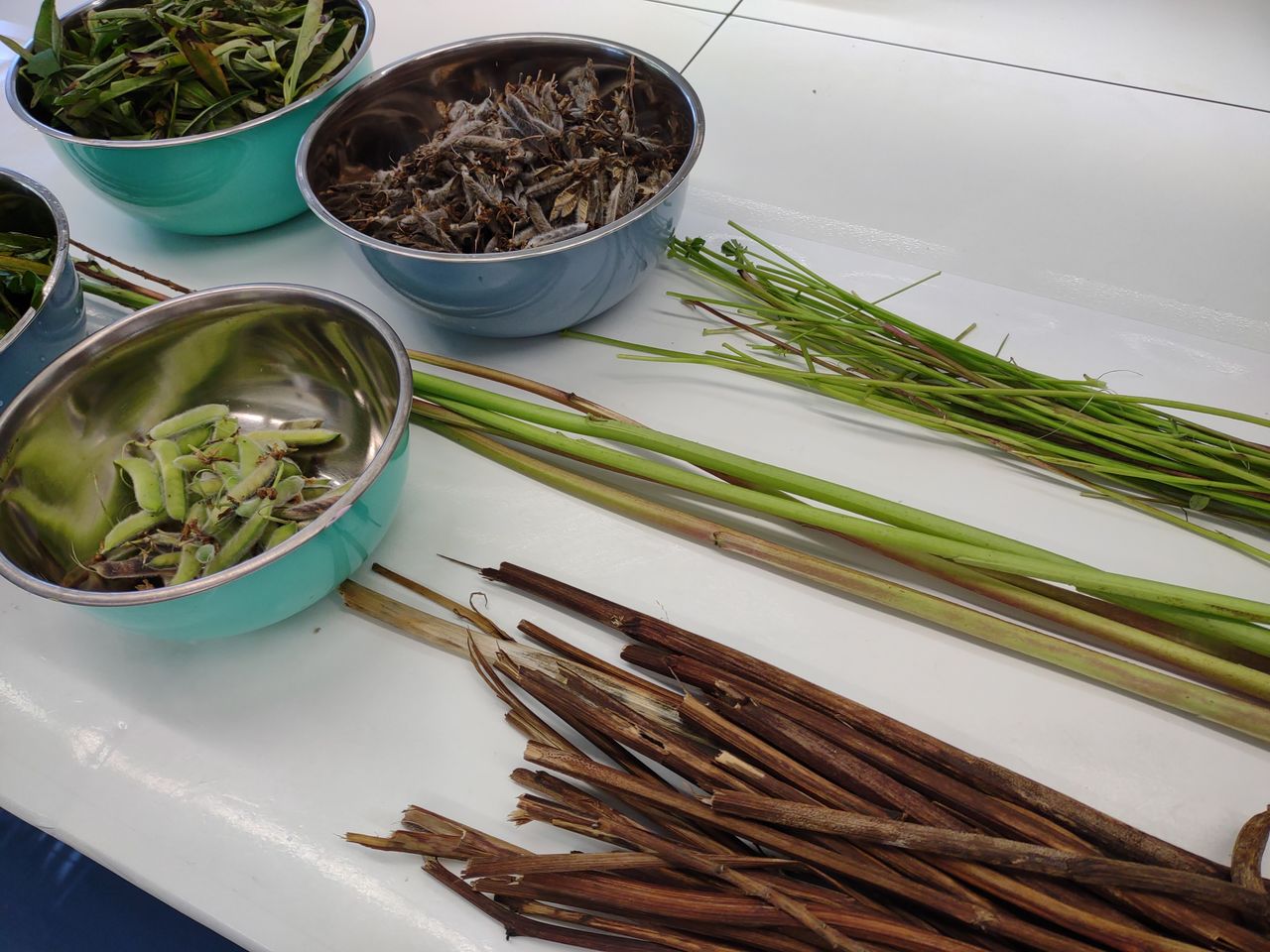 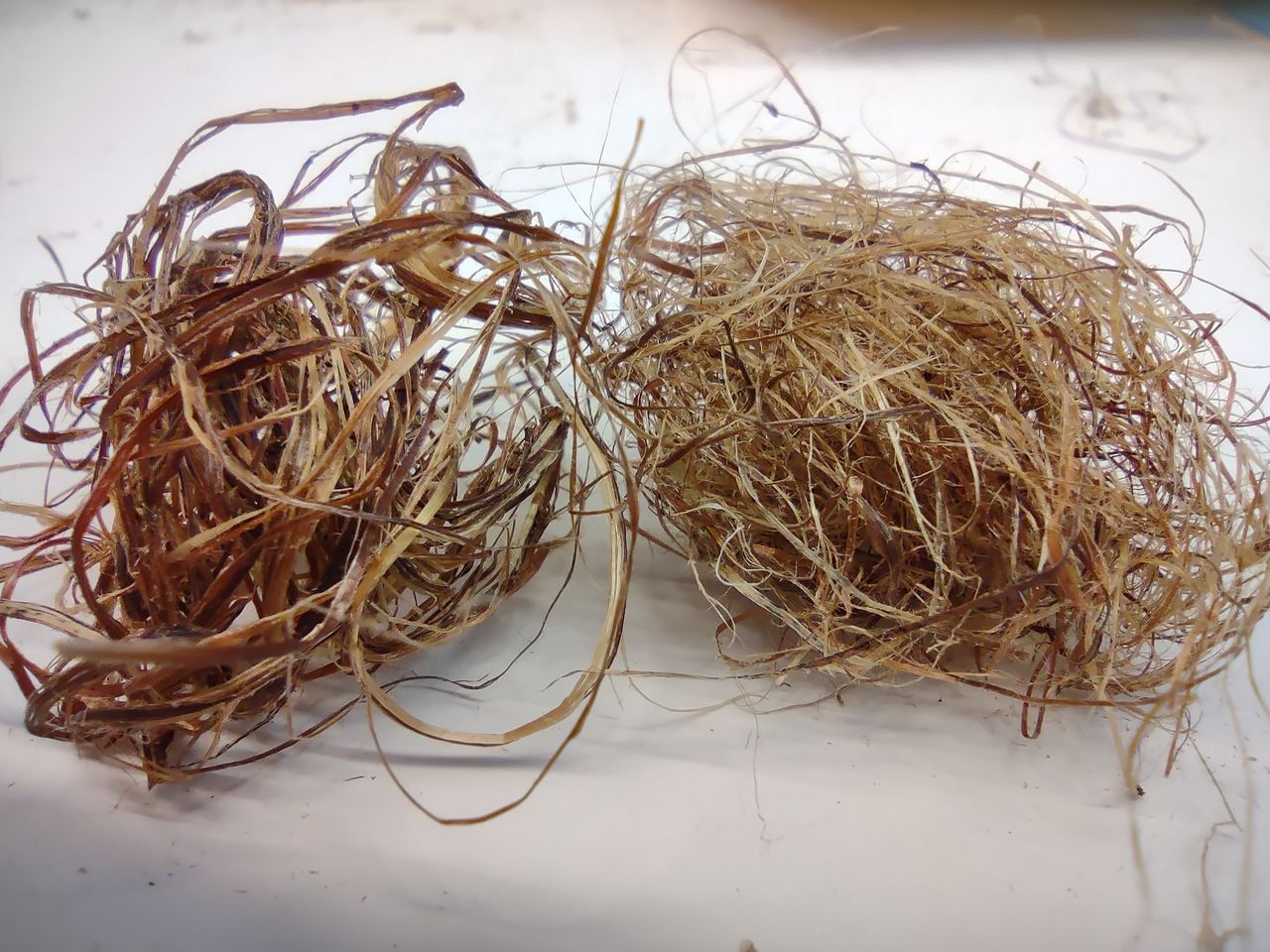 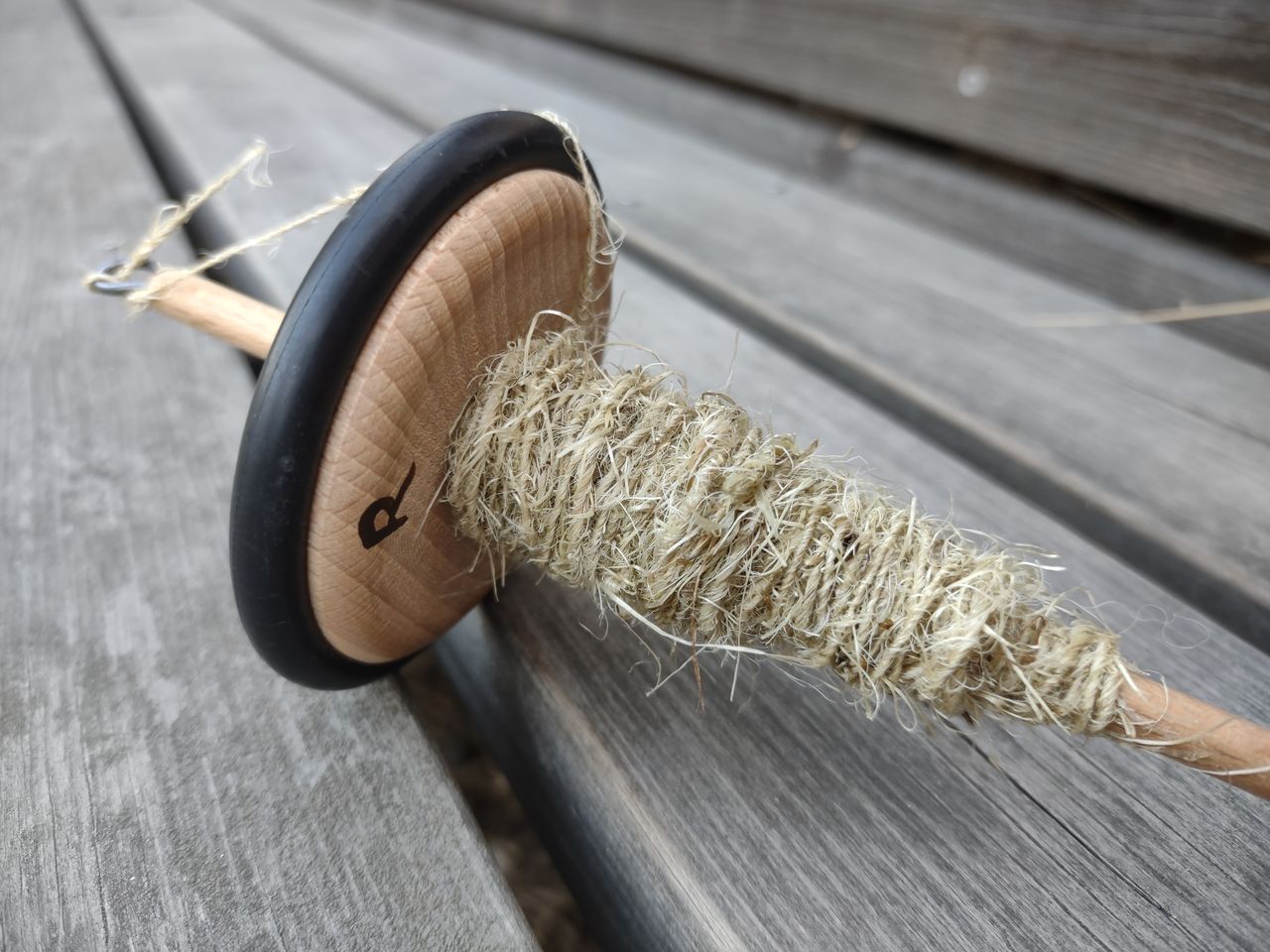 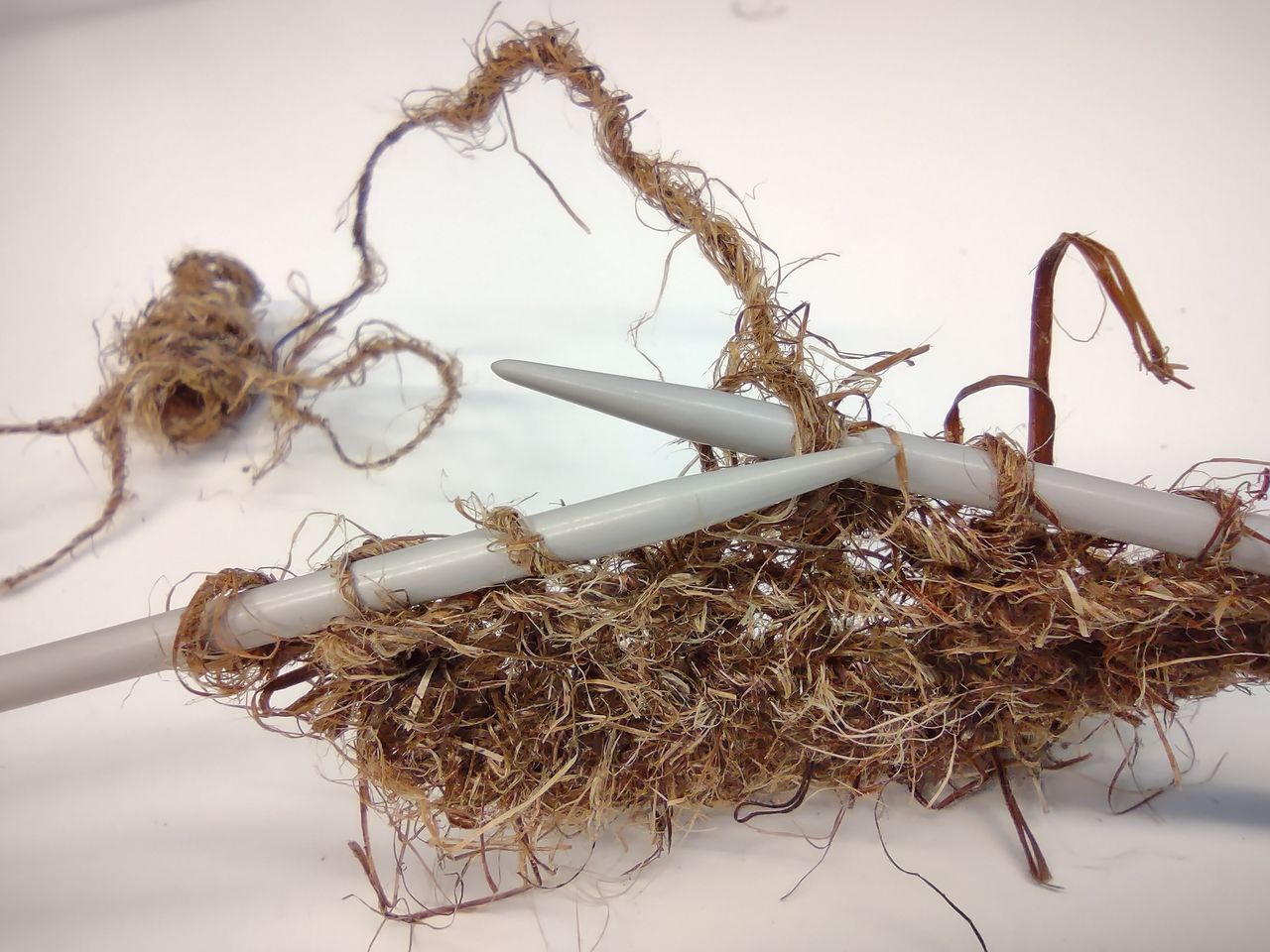 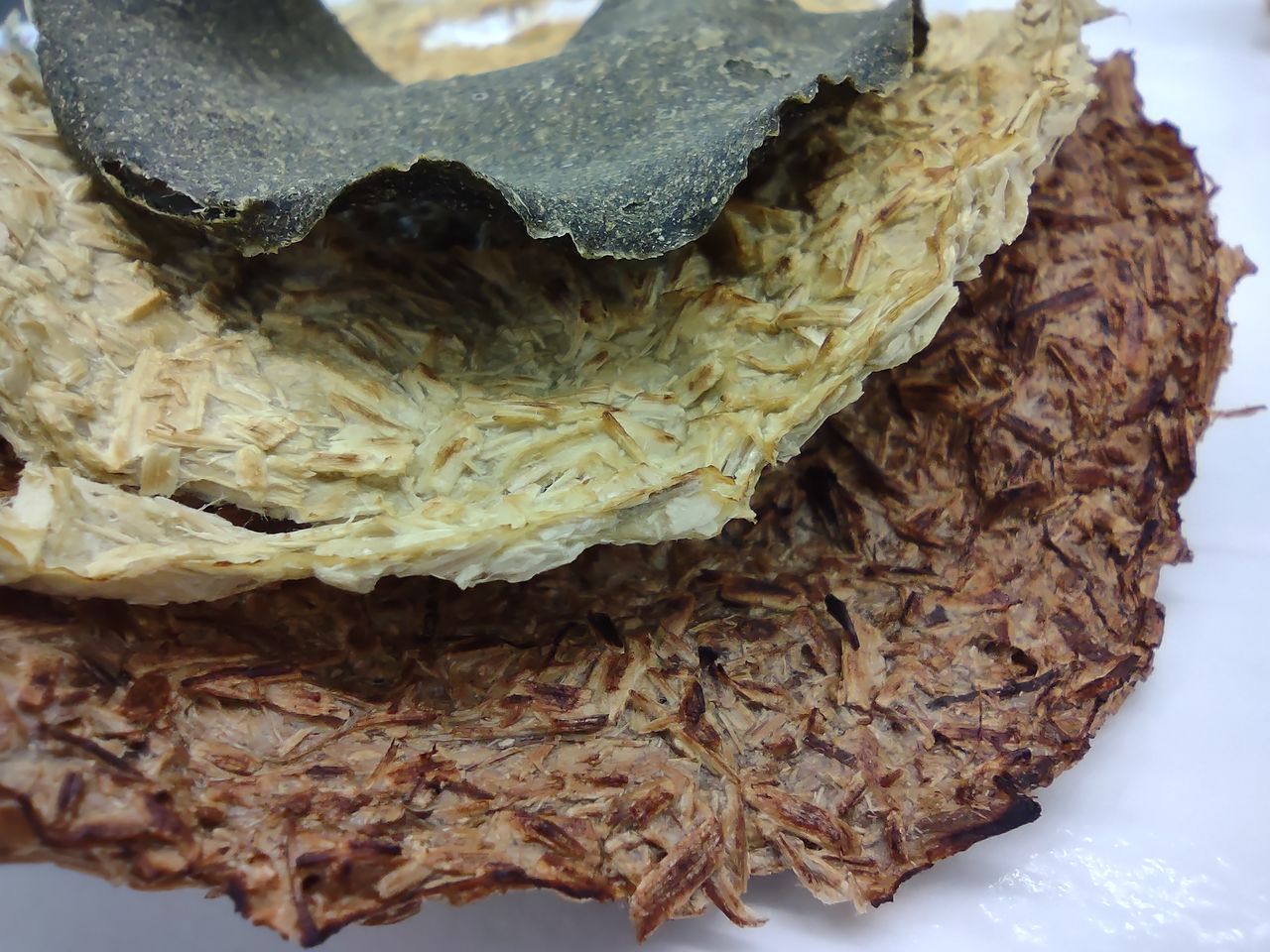 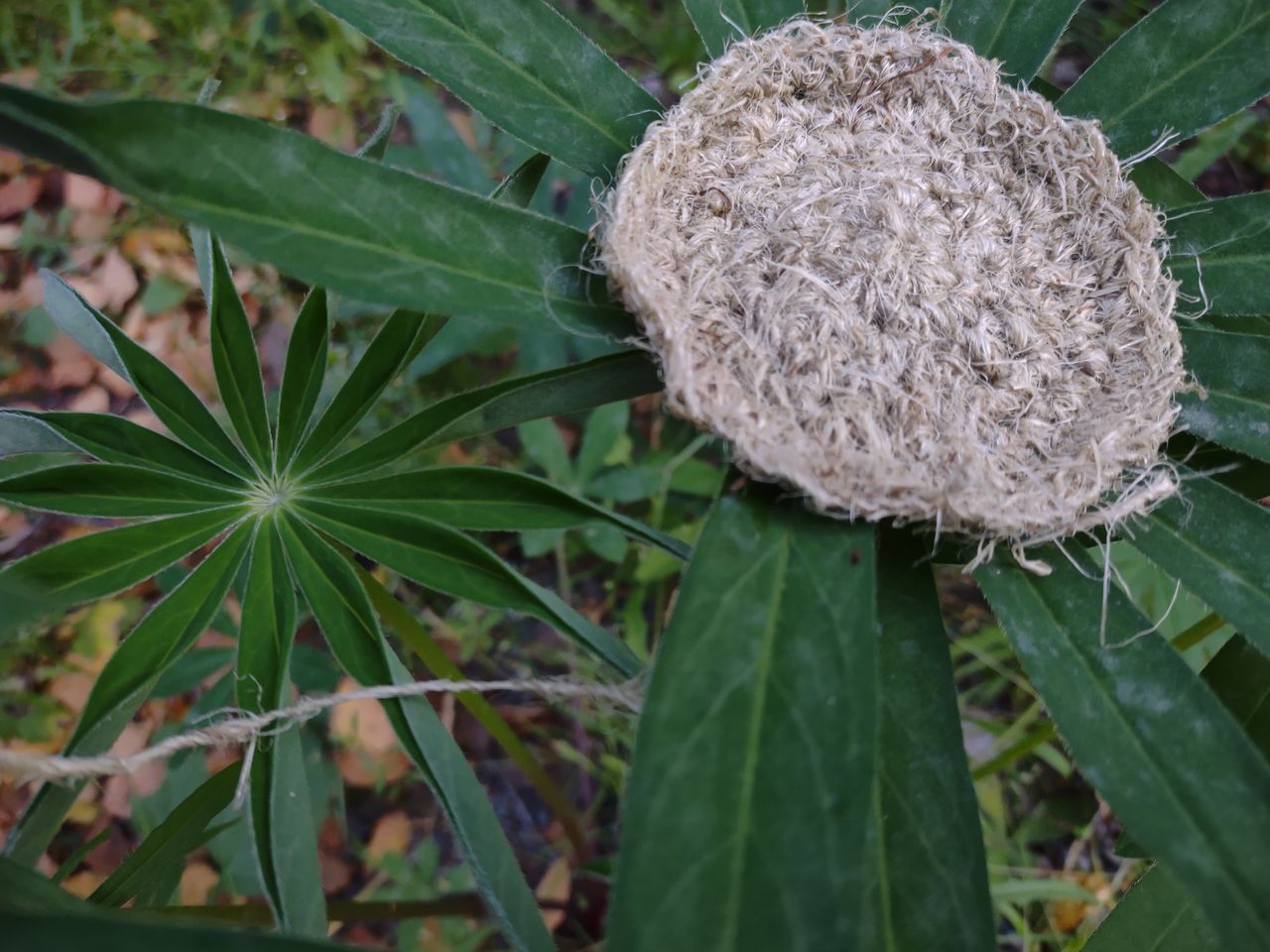 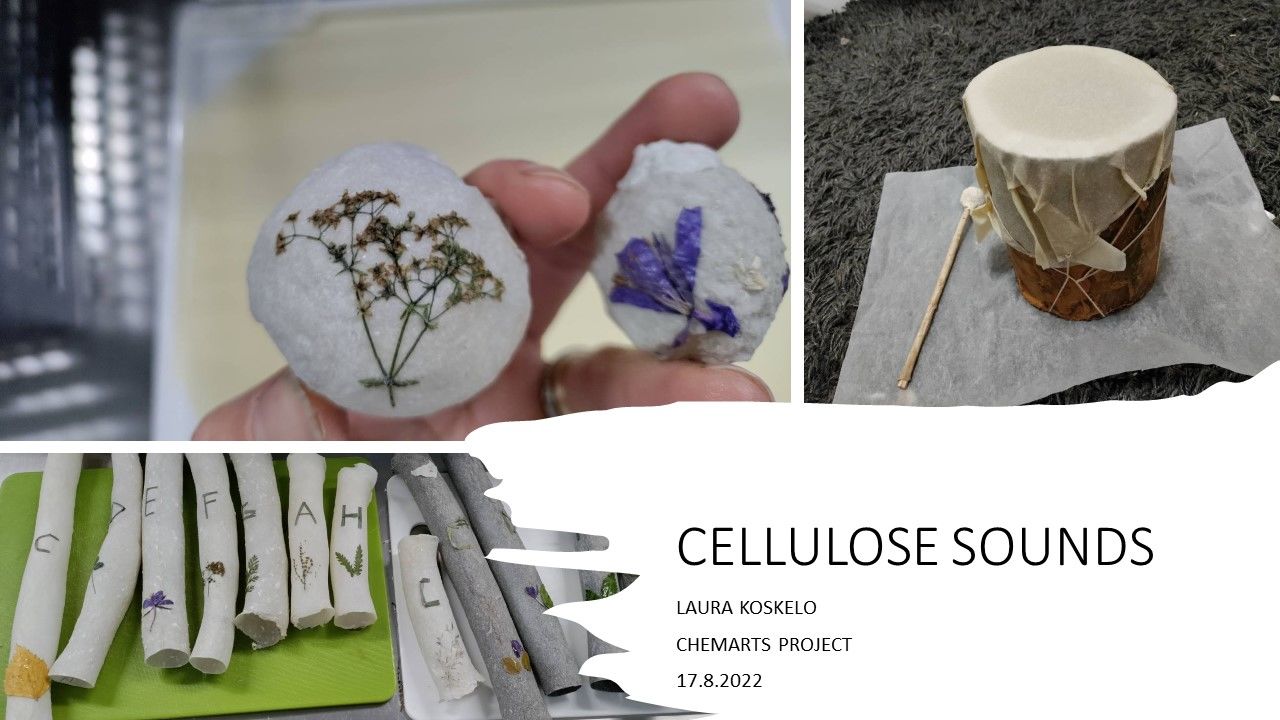 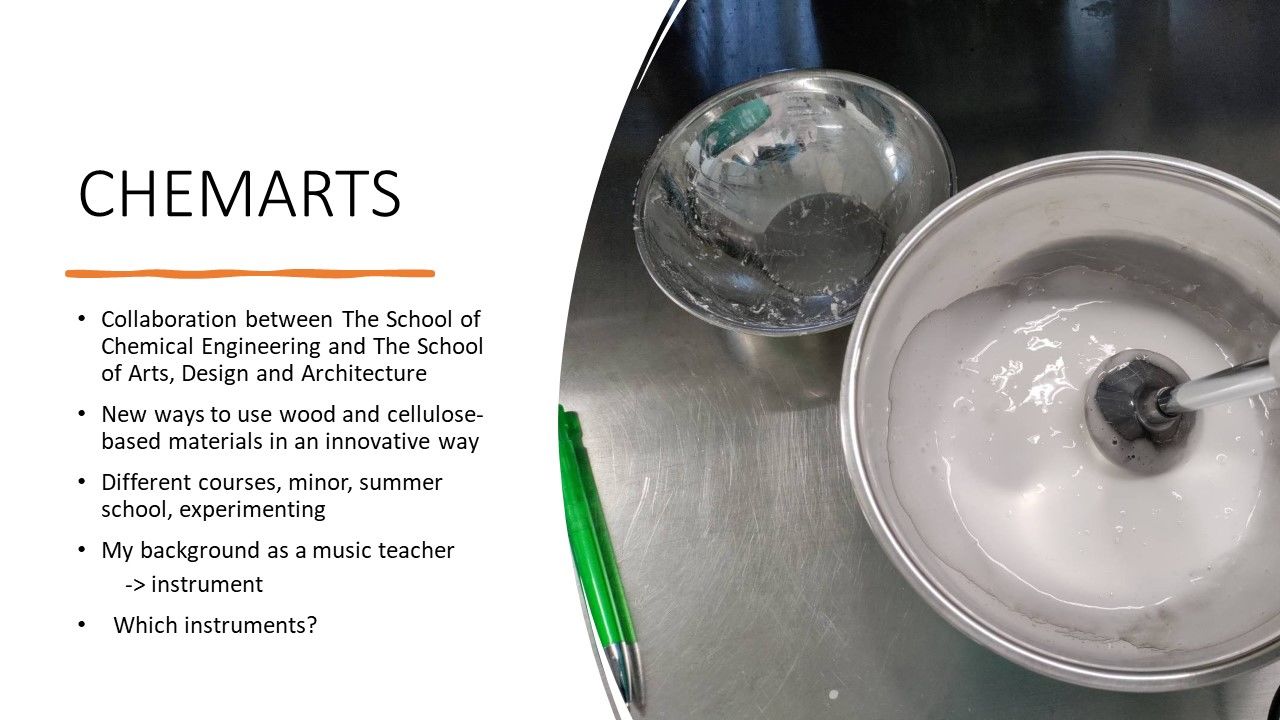 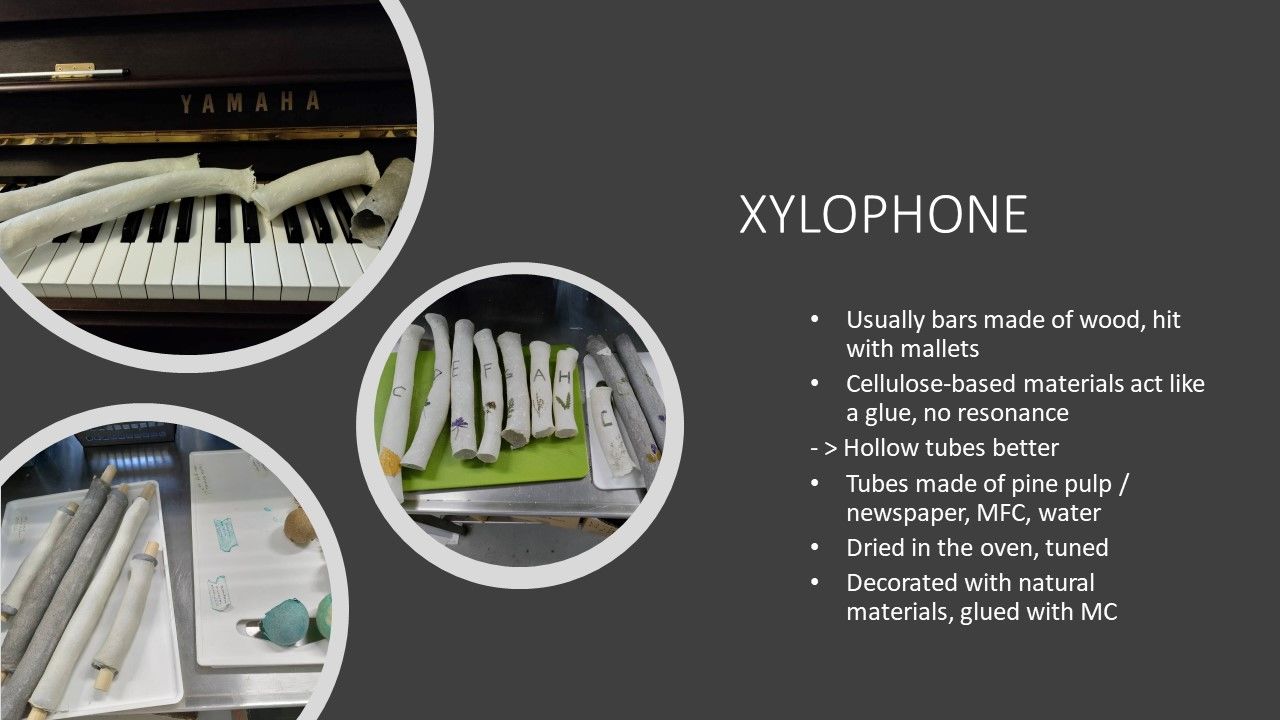 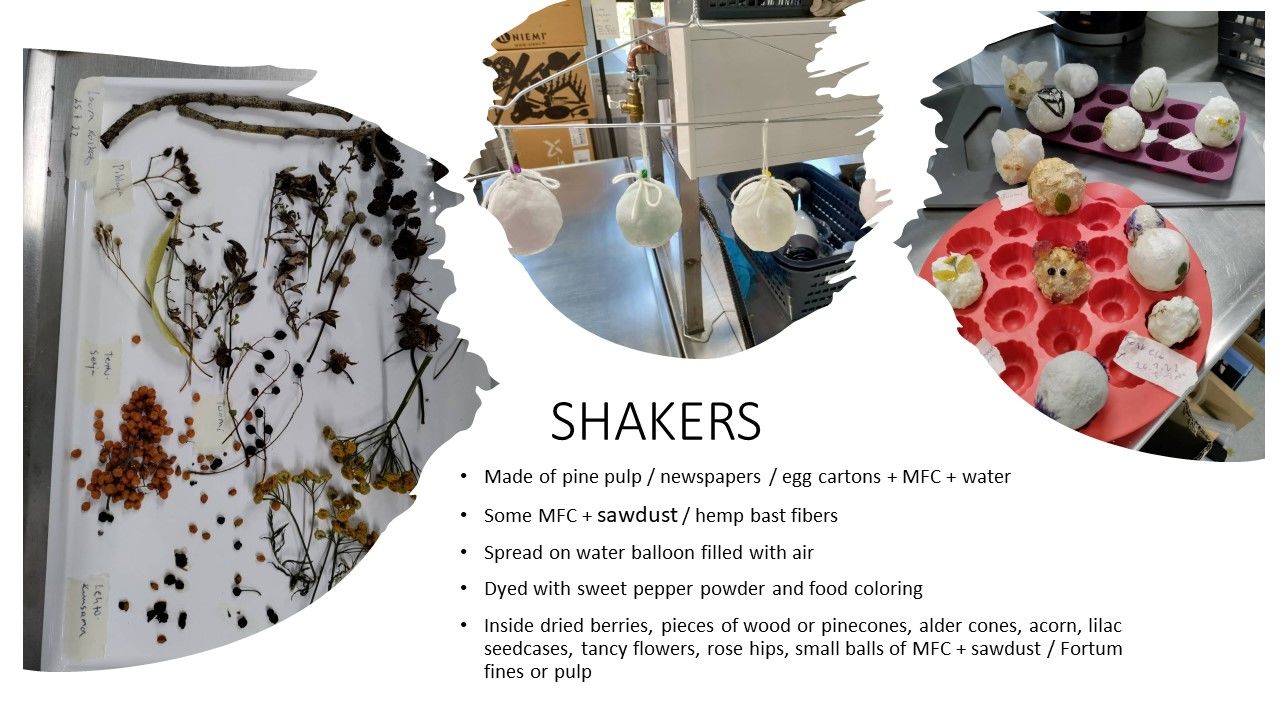 Our group member Matteo Iannacchero shared with us his thoughts about their CHEMARTS project in 2022: "I worked on the project together with Sofia Guridi from Aalto's Department of Design and Patricia Ciobanu from Stockholm University who was visiting Aalto specifically for the CHEMARTS.

From my side, the goal of the project was to explore pH changing colours on various shapes and forms of cellulose-based samples and to introduce the learnings into the field of smart textiles. As natural dye we used the anthocyanins present in red cabbage - molecules that are sensitive to pH. The changing of pH leads to the macroscopic effect of colour changing and the spectrum is quite wide, varying from orange-pink for acid environment to purple for neutral pH and then to blue and yellow for alkaline environment. We did some tests and in the end decided to incorporate cellulose-based coloured films and filaments by weaving them into cotton fabric which would allow people to play with bases and acids during the exposition in order to change textile colours (the process is reversible in both directions). It was a small work project that one day could become scalable in many sectors (e.g. fashion, medical applications) if this research continues." 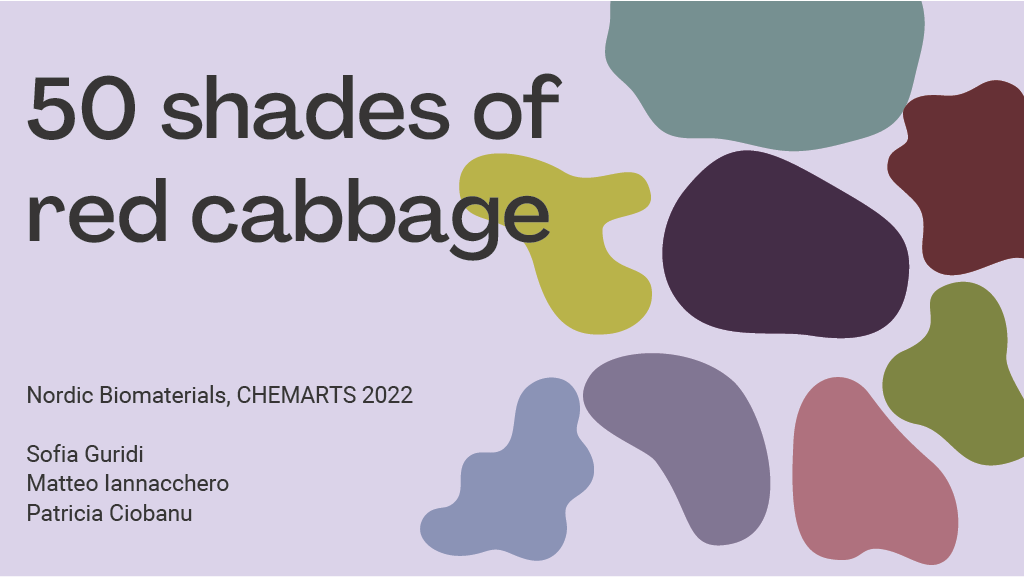 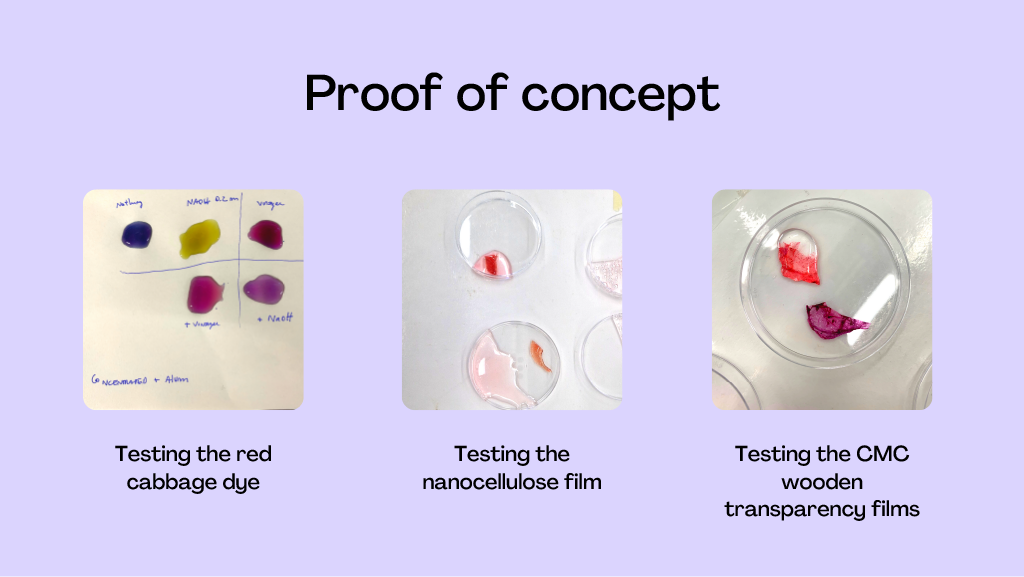 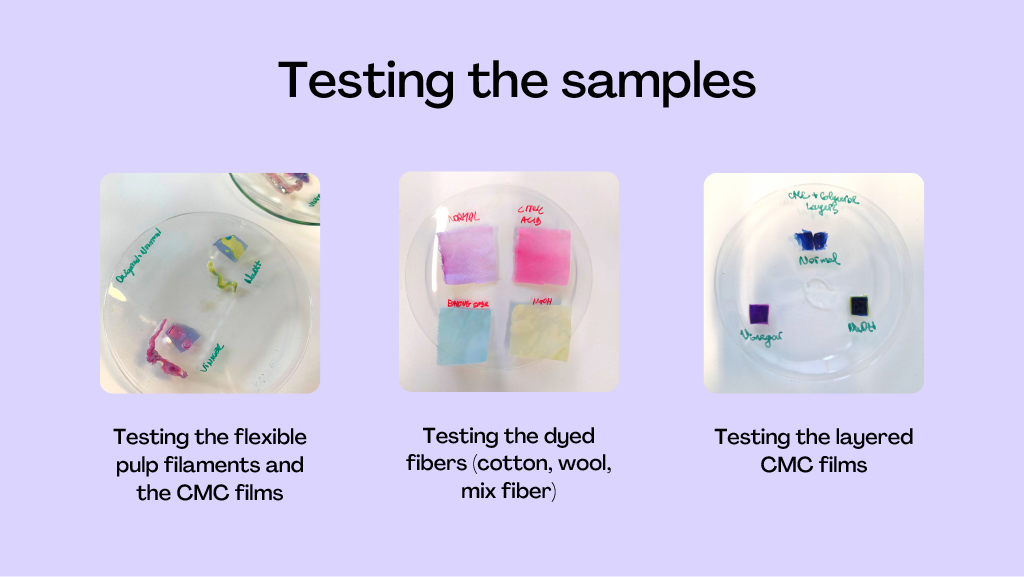 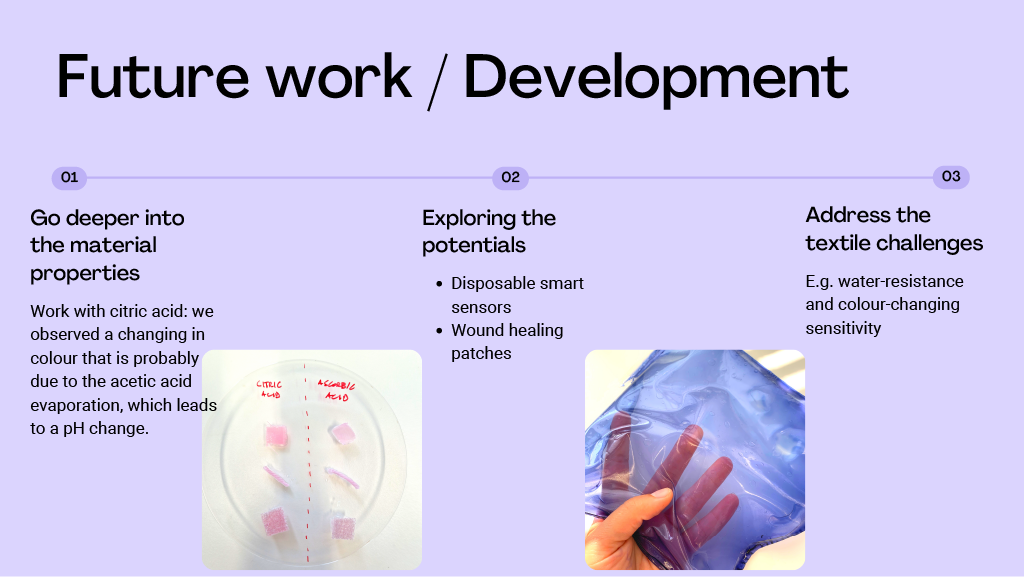 Biomaterials are the best options as we seek more sustainable ways for our current world of materials.