Published: 18.11.2020
The film tells the story of the renowned Finnish artist Helene Schjerfbeck primarily through visualization. It was awarded the Silver Frog in Camerimage

The International Film Festival of the Art of Cinematography EnergaCAMERIMAGE is like the world cup for cinematographers. While the vast majority of world’s film festivals focus on the accomplishments of directors and actors, Camerimage is the greatest and most recognized festival dedicated to the art of cinematography and its creators – cinematographers.

Helene, filmed by cinematographer, professor Rauno Ronkainen and directed by Antti J. Jokinen, was nominated in Camerimage main competition with the Golden Frog Award this year - and awarded the Silver Frog Award. The film festival was held in Torun, Poland 14–21 November.

Ronkainen was also nominated in the main competition in 2015 with film The Wildeye(Kätilö). No one else in Finland has been nominated twice. Last year, Ronkainen also had a nomination at the IMAGO Awards, where Roger Deakings, for the film Blade Runner 2049, was awarded the best.

So this is by no means a lightweight series.

It is also significant to note that a Finnish film can compete side by side with large, big-money productions."

Ronkainen is currently on leave from his position as a professor of film at the Department of Film, Television and Scenography at Aalto University. He talks about his thoughts before the Camerimage festival.

What does the nomination mean to you?

‘This nomination means a lot. Camerimage is a major film and visualization festival. Attendance at the event, and especially participation in the main competition, is widely recognized around the world in professional circles.

It is also significant to note that a Finnish film can compete side by side with large, big-money productions. The situation is to some extent comparable to competing equally in the F1 series with a karting budget.’

What do you expect from the festival, which will be held online this year?

‘Usually, I have participated in this festival almost every year. In 1997, I was involved for the first time as my student work competed in the series of student short films. Since then, two of my feature films, Tears of April (Käsky)and The Eternal Road (Ikitie), have been screened at the Baltic Forum and in 2015 The Midwife (Kätilö) in the main competition series.

The most important thing in all these events has been the networking and the exchange of the latest know-how between different professionals within the film industry. The latest films from around the world seen over seven days, inspired workshops and meetings among the toughest professionals in the field, have been extremely important for the development of my artistic and technical career.

I’m looking forward to seeing how this year's event will succeed in all this, as Covid time has set crushing boundaries for the event.’

What was it like to make the film Helene?

‘A film is always a study and research project for the cinematographer and for the whole artistic group, and each film is a study of its own. We explored the protagonist’s documented life through literature and archives. We visited the Ateneum art museum to learn about Helene Schjerfbeck’s painting techniques with the help of the conservators and others familiar with her art. We studied the history of the era – customs, events, clothing, social conditions and other related topics.

The film Helene is a really rich combination of technical and concrete craftsmanship as well as artistic and conceptual design. All this is connected by teamwork and the importance of communication.’

What was special about it to you?

‘There were several special things. The first thing that comes to my mind is the thoroughness with which each unit became acquainted with the subject of the film. The protagonist Laura Birn, for example, learned Schjerfbeck's painting technique with the guidance of an artist. The pre-planning was done carefully and the filming was also rehearsed in advance at the final filming locations.

Another distinctive feature is the use of time during the filming period, since we primarily tell the story through visualization, not through dialogue. Each day, we focused on how to convey the subtext of each scene — that is, what the scene actually tells the viewer, what emotion it conveys — through visualization. An image was not allowed to be mere information. It is noteworthy, that all of this is not normally possible with the visualization of domestic films today.

All too often the scenes and eventually the whole movie are just ‘recorded’ because the work rhythm is too fierce for deep thinking. Not at all because the filmmakers would not be able to visualize more deeply. In this film, we, for once, had time to hone our images and take a really thorough look at our work with the director and the rest of the artistic group.’

How do you like the film now that it is finished?

‘Several filmmakers use the obsolete phrase ‘only after filming the film do I know how it should have been filmed’. This is partly true, but since this really applies to all creative work, one could also say that ‘with my professional experience and artistic vision at the time, the film became a reflection of what my inner world is like’.

I do like this film a lot, its restraint, peaceful narrative, and the ethereal pictorial narrative. I also understand very well those for whom the film appears in a completely different light. We didn’t make the film to please the mainstream, but to adapt the narrative to depict the world as we imagined the protagonist to have experienced it.

An artist, who depicts the world around her with such aesthetics that Schjerfbeck portrayed in her paintings, does not see and experience what she sees in the same way as many of us. Yet in her reduction, she managed to crystallize something that still makes the viewer identify with the world of paintings. Helene managed to open the gate to a deeper subconscious, and our job as filmmakers was to try to express this – not just to carry on the story line.’

In this film, we, for once, had time to hone our images and take a really thorough look at our work."

What are you currently working on with?

‘I am working on two action films that are a sequel to each other and will take place in the near future. The stylization is the complete opposite of the Helene film and the production is also very heavy and the resources large. The films are based on Ilkka Remes'success novels and the filming will take place as a multinational collaboration, mainly in Estonia between September 2020 and February 2021.

The main characters are world-class stars and the team is assembled from several different countries. State-of-the-art technology is being used in the pre-planning and filming, and some of the technology used has also been created during production to meet the requirements of different filming conditions. All this has required collaboration between professionals in different fields.

After this production is over, I’ll start filming a TV series on Nokia, “How a miracle arises”. Preparations have already been underway, and filming is scheduled for next spring and early summer.’

What kind of a film would you like to make?

‘Different sorts of films. It’s inspiring to try different techniques and learn time and time again how content modifies the technology you choose – and at the same time the technology you choose modifies the content. It is also very rewarding to challenge your own habits and strive away from your manners. This is best accomplished by choosing projects that really make you to have to take a stand against your own prejudices and habits.

My future projects, those of which I cannot mention more here, also seem to provide an opportunity for this. An epic historical film and, on the other hand, a cinema verite type of a film are already under production, so inspiring things to work with are in sight!’ 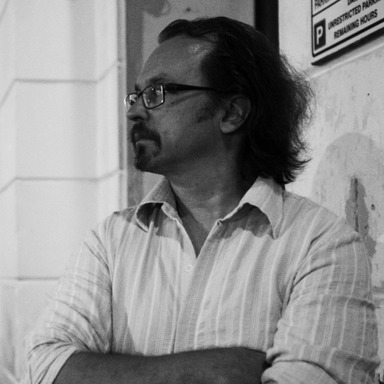 Aalto Pioneering Excellence awards given to School of Arts, Design and Architecture communications team and School of Engineering Majakka project

An Honorable Mention was given to the Aalto Thesis project of the School of Business, which focuses on the development of theses.
Honoured, Studies Published: 5.10.2021

Idaliina Friman is the Young Designer of the Year 2021

The winning collection was created from recycled and surplus materials.
Honoured Published: 29.9.2021

Lauri Uotinen, D.Sc. (Tech.), has received the 2021 Young Rock Engineer Award in recognition of excellence in the field of rock engineering.
See all