Published: 23.6.2022
A passion for mathematics has always been part of the life of Kirsi Peltonen, a senior university lecturer at Aalto University. Her summer is busy, as Peltonen is taking part in organizing an international meeting of female mathematicians from 1 to 2 July, and a Bridges conference combining mathematics and art from 31 July to 5 August.

Aalto University's mathematicians will be involved in the organization of a total of seven conference events during the summer. Some of the conferences have been moved for two years due to the corona virus, while others have been moved from Russia to Finland.

Senior University Lecturer Kirsi Peltonen is participating in the organization of an international meeting of female mathematicians from 1 to 2 July, and a Bridges conference combining mathematics and art from 31 July to 5 August. In addition to these, the Fields Medals, considered equivalents to the Nobels in mathematics, will be awarded at Aalto Töölö's premises on 5 July. The conference summer for mathematics will continue until the end of August, and some of the conferences will be organized in close cooperation with researchers from the University of Helsinki.

Kirsi Peltonen is an award-winning mathematics teacher and teaching reformer. She has spoken of interdisciplinarity as early as the 1990s, when it still was considered too radical.

In her teaching, Peltonen combines handicrafts and mathematics. For Peltonen herself, crocheting, knitting and sewing have always been important, and she says they have been useful in developing mathematical thinking. Three-dimensional patterns like crochet and origami help to perceive math in a different way and make it less intimidating, whether it’s for a primary school or college student.

'Math is everywhere, and a fearless attitude towards it is at the heart of all learning. The visual methods of art bring a good touch to the essential elements of mathematical research', says Peltonen.

Among other things, Peltonen has taught the popular 'Crystal Flowers in Mirror Halls: Mathematics Meets Art and Architecture' course.

'What’s unique, also internationally, is that we have an entire minor that combines math and the arts, not just a single course. Aalto Math & Arts has been featured in the Future Labs exhibition in Shanghai, for example,' says Peltonen.

In 2018, Peltonen received the mathematics prize of the Finnish Mathematical Society for her long-term, innovative, and fruitful work in lowering the boundaries between mathematics and art.

'It’s hard to explain my passion for math, but it’s been a central part of everything I do for as long as I can remember', says Peltonen.

Peltonen has also lectured extensively on combining mathematics and art in Finland and around the world, and has been inspiring more young women in the field of technology by organizing workshops at Shaking up Tech.

The sheltered courtyard next to the main lobby of the Undergraduate Centre and its dark-red brick, black granite and copper clad façade provides a solid frame for the 2021 exhibition, Collineations grounds.

The exhibition was inspired by the students' own experiences and relationship with the environment, and adapted to fit into the Cultural Centre.

A joint project covering the fields of mathematics, engineering and arts is about to start at Aalto, where the aim is to study and develop folding technology for the needs of industry. In addition to Aalto, the project includes VTT as coordinator, and several companies from the forest industry to the machine design and cosmetics brands, such as Stora Enso, Metsä Group, Lumene, Mirka, Elomatic, Anpap, Orfer and Soften. Business Finland granted funding for the Co-Innovation project.

The interdisciplinary Math & Arts program, with its underlying course Crystal Flowers in Halls of Mirrors, is introduced to the visitors of the Shanghai Future Lab exhibition.

For a professor of mathematics, logical thinking is as important as the provability of results.

Kaie Kubjas: It is important to encourage girls and young women to study mathematics

Mathematician Kaie Kubjas has done research around the world and has noticed that some places have few female professors, lecturers, or students. Now amid the coronavirus pandemic she is appealing on behalf of women, young researchers, and those with families.

Becoming a mathematician was a natural choice for Kaie Kubjas

The opening ceremony of the ICM 2022 congress takes place at Aalto Töölö:

The opening ceremony for the ICM 2022 congress will be held in Helsinki on 5th July 2022, and at the ceremony, distinguished mathematicians will be awarded the Fields medals, the Carl Friedrich Gauss prize, the Chern medal, the Leelavati prize, and the Abacus prize for mathematical computing.

Also get to know other female mathematicians at Aalto: 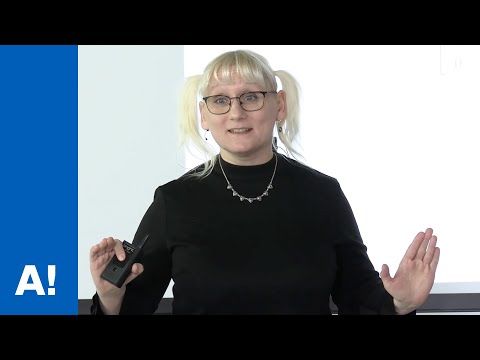 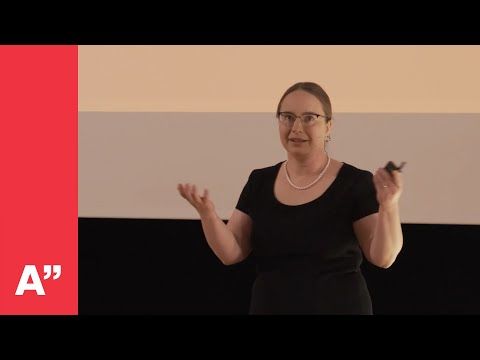 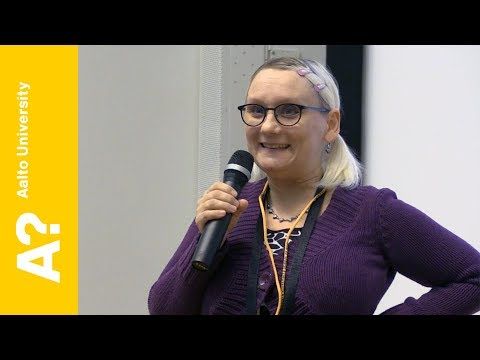 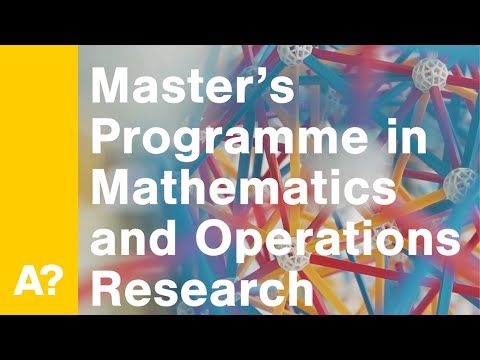 Mathematics conferences in the summer of 2022

28.6.-7.7. Probability and Mathematical Physics, including the World Meeting for Women in Mathematics 1.-2.7., the Olga Ladyzhenskaya prize 2.7., and the IMU Award Ceremony 2022

The Finnish quantum institute, InstituteQ, has geared up its international collaboration during the autumn of 2022 with partners from the Nordics and the United States.
Cooperation, Studies Published: 23.11.2022

Alumnus Mikko Jääskeläinen: Studying at the School of Business has opened many professional doors

Our alumnus Mikko Jääskeläinen, who majored in Creative Sustainability and also studied finance, ended up working in management consulting after graduation. While in that position, he became fascinated by transport and real estate infrastructure projects, which led him to a job involving urban economy and land use general planning for the City of Helsinki, and from there, a position at the Ministry of Transport and Communications. The best parts of his job are the interesting tasks and his knowledgeable colleagues.
Cooperation, Honoured Published: 16.11.2022

Towards The Internet of Senses

The Internet of Senses (IoS) aims at providing comprehensive multisensory experiences that are nearly inseparable from reality and improve intelligent human-machine interaction.
See all