Published: 21.10.2020
The project aims at deepening and increasing public discussion and societal impact on the fate of the modern building stock.

The aim of the project is to deepen and increase the societal debate on the fate of the modern building stock and related perspectives. The project aims to build dialogue between different disciplines and in public, and to make the debate more understandable in general in the society and in political decision-making.

‘Demolition of the modern building stock is currently not sufficiently discussed between the various expert institutions and it is not sufficiently in-depth or solution-oriented. From a public perspective, the debate is dominated by both an authority perspective and an emotional arguments. Future influencers, children and young people, are not reached in understandable and easily approachable ways’, says Savolainen.

The life cycle of the built environment makes a significant contribution to achieving the goals of a sustainable and carbon-neutral society. However, Finland's building stock is regenerating faster and faster, and at the moment the increasingly younger building stock is also being demolished at an accelerating pace in city centers.

‘The life cycle of the building stock is affected by economic, technical, operational and cultural heritage factors, as well as urban development, site location and ownership. Alongside them, it is a question of the values ​​and opinions that prevail in society, politics and economic instruments. The arguments are very different due to differences in disciplines and methods’, says Panu Savolainen.

In the 2020 application period, the Finnish Cultural Foundation awarded a total of more than 400,000 euros in Argumenta grants to three projects. The projects share a sustainability theme, which is approached from the perspective of several different fields of science and art. They will be implemented in 2021–2023. Argumenta is a funding model intended for discovering scholarly, interdisciplinary, sustainable arguments that seek to answer open questions in important fields of research. The grant sum for one project is approximately EUR 100,000–150,000. 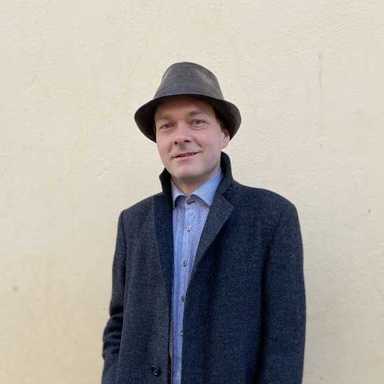 Organizing our cities differently can help us to reduce the need for transport and encourage more walking and cycling. This can help to reduce many of the negative environmental and social impacts of transport, says Professor Stead in his installation lecture.

Professor Jose Lado was awarded early career prize. The award recognizes the talents of exceptional young researchers who are making a significant contribution to their respective field of research. The runner-up prize was awarded to Prof. Lado by Deutsche Physikalische Gesellschaft and Institute of Physics through New Journal of Physics (NJP).
Research & Art Published: 2.12.2021

What's Life 1.5 like? – Apply now for Designs for a Cooler Planet 2022 to showcase a sustainable future

The climate crisis and biodiversity loss call for radical new ideas. How does your work contribute to wiser consumption, climate solutions or a more sustainable working life? Designs for a Cooler Planet 2022 will present Aalto's most interesting projects to support sustainability – apply now!
See all