Additional measures are needed to manage the use of electric scooters

Published: 16.11.2022
According to a recent report, Finland should consider age, speed and alcohol limits for the use of electric scooters and other means of micromobility.

A study by researchers at Aalto University shows that, despite improvements in safety, there are still problems with the use of electric scooters, which highlight the shortcomings of Finnish legislation and awareness campaigns. The study therefore recommends socially responsible management in cooperation between public and private stakeholders in the field, as well as better cooperation in planning and data management.

Read more about the study below.

The study conducted by the Department of Built Environment at Aalto University provides valuable new insights into the usage and safety of electric scooters (e-scooters) in Helsinki. The project evaluating the deployment of e-scooters was concluded on November 15, 2022, taking a wide and multifaceted approach in order to better understand the ongoing urban transformation related to e-scooters. Study findings should be beneficial for urban planners and transport engineering in other Finnish cities, as well as responsible legislative bodies at the national level.

The study was initiated in response to an increasing number of emergency cases involving e-scooters in Helsinki, which amounted to 432 shared e-scooter cases during 2021. The aim of this study was to further understand the details of these emergency cases over time, the user perspectives and behaviours, as well as non-user perspectives on e-scooter usage, and to provide recommendations for socially-responsible deployment involving public and private stakeholders.

The study finds that the safety level of e-scooter usage has improved over time. With 148 emergency cases between January and August 2022, the estimates are approaching the same level of safety as cycling in Helsinki. Nonetheless, intoxication while riding has remained an obvious issue also in 2022, with an estimate of 35 % of those injured being intoxicated. In addition, the e-scooter observations revealed that while half of the e-scooter riders showed adequately safe riding, about a quarter of riders showed various unsafe riding behaviours.

Besides these safety issues, other problematic behaviour observed was parents and adults riding with a child on the same e-scooter. Similarly, our data also shows significant use of e-scooters by underage users, with estimates of over 13 % of total users being under 18 years. Such underage usage was also associated with more unsafe behaviour, such as unnecessary swerving and not keeping adequate distance when passing pedestrians.

Analysis of questionnaire data shows that although the majority of e-scooter users are males aged from late 20s to early 30s, usage in Helsinki includes all income groups and age categories. Leisure and socializing activities are the most common trip purposes, followed by commuting, which is even more common for those using a private e-scooter. In addition, shared e-scooter usage in Helsinki is mostly replacing public transport, such as buses or trams, taxi or other on-demand mobility services, and walking, while private e-scooter usage is more clearly associated with a reduction in private car driving.

The most cited reasons for using e-scooters include being in a hurry and trying to travel faster than with other modes, as well as e-scooter riding providing a fun experience. Other common reasons revolve around carrying groceries or luggage, as well as socializing while traveling in a group. The most cited reasons for not using e-scooters include being satisfied with the current means of travel, lack of a clear necessity, and perceived safety of riding in Helsinki. Both users and non-users agree that there is a need to improve street infrastructure, with non-users suggesting more often the need to improve rules, while users suggesting more often the need to improve parking behaviour.

‘Safety issues are in stark contrast to the missing legislation in Finland on these aspects while the level of educational campaigns has also not been corresponding to the challenge at hand. In addition, problematic behaviour while riding an e-scooter in Helsinki has also been influenced by infrastructural challenges, such as missing or poorly designed cycling infrastructure and a lack of designated parking spaces’, Professor Milos Mladenovic points out.

We recommend a co-development of policies in collaboration between different stakeholders to enable deliberation of different actions, thus identifying their effectiveness in terms of behavioural change, as well as their implementability. The ongoing legal investigation on the national level should consider age, speed and alcohol limits for using e-scooters and other micro-mobility vehicles. For example, Norway has introduced an alcohol limit in June 2022, Denmark has a use age limit of 15 years old, while speed limit is 20 km/h across the Nordics. Such restrictive measures should be developed and enforced in coordination with both the public and private sector campaigns and educational programs. Such collaboration efforts should rely on development of data sharing procedures among different stakeholders.

Besides overarching policies, there is a clear need to improve cycling infrastructure and the use of temporary traffic arrangements in specific locations. Moreover, emergency data collection needs improvement, as do associated resources, since data is not collected systematically. Finally, if Finland is to be at the forefront of urban mobility system transformation, there is a need to further develop a culture of multi-stakeholder governance.

The study used a combination of methods, such as retrospective analysis of emergency case data, analysis of over 1,300 observations of actual e-scooter usage, as well as analyzing more than 5,000 responses to an online questionnaire. This study was jointly funded by the City of Helsinki, Finnish Ministry of Transport and Communications, and three e-scooter operators: Voi, TIER, and Lime. Helsinki University Hospital has collated and provided emergency case data. The company Dott was initially part of the project group before exiting the Finnish market. Ryde and Bird companies have supplied data, but they did not provide funding to the study

The project report can be found on the project's website. For further information regarding the study, please be in contact with Milos Mladenovic, Department of Built Environment Aalto University. 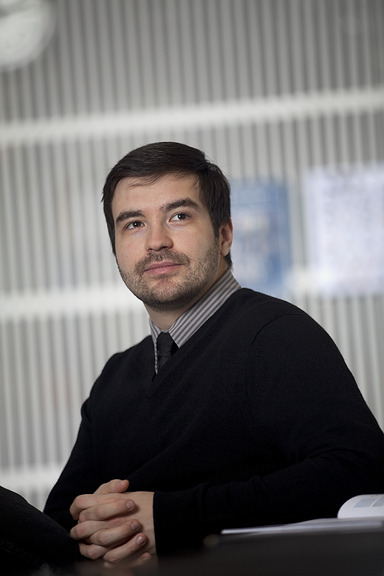