Aalto University graduates are very satisfied with their degrees

Published: 4.10.2021
Next career monitoring survey starts on the 4th of October. All 2016 master's graduates and 2018 doctoral graduates will be invited to participate in the survey.

Aarresaari, a career services network of Finnish universities, has conducted a survey on how 2015 master's graduates and 2017 doctoral graduates were employed. Responses were received from a total of 6830 people, of whom 788 were Aalto University graduates.

Master’s graduates find their degrees are valued by employers

Master's graduates have advanced in various careers over the last five years. Most of them have found good employment.

As many as 94% of masters who graduated from Aalto University five years ago believe that employers value their degrees. 90% were satisfied with their degree and career and 80% feel that the studies have been useful in working life.

Of Aalto graduates, 86% agreed that the skills and knowledge they learned could be applied well in their current job and 87% believe that the requirements of working life correspond to academic qualifications. 91% would recommend their degree to others.

Based on the results, Aalto University master's graduates saw the ability to communicate own skills, the subject combination of the degree and work experience as the most important factors in finding employment. Respondents identified the ability to learn and absorb new things, problem-solving, self-direction and thinking analytically and systematically as the most important skills needed at work and developed at the university.

'The career monitoring survey helps us ensure that our education and degrees meet the skills needs of working life. It is also important for students planning their careers to know about the graduates' career paths. The answers also have an effect on the funding received by the university from the Ministry of Education and Culture', says Petri Suomala, Vice President of Education.

Aalto doctoral graduates are well placed in the working life after their graduation, according to the Aarresaari survey (60% of all graduates of 2017). Of all respondents (n= 157), 80% have a full time job and 6% work as independent entrepreneurs. The respondents consider that doctoral degree has given them a better position on labour market, a higher salary and new employers. In total 75% of the respondents were overall satisfied with their doctoral degree.

Most of the respondents report that their professional duties have become more demanding and more interesting. All agree that they have gained a better position at their workplace and believe that skills and knowledge obtained during the studies can be well applied in their current jobs.

Career monitoring survey is conducted at all universities

The career monitoring survey is a research model that is developed by the Aarresaari network, a career services network of Finnish universities, and used for nationwide career monitoring of people with a higher education (master's or doctoral degree) after graduation.

Integration into working life is assessed from the perspective of the employment situation and the quality of employment, as well as the equivalence of work and degrees.

The next career monitoring survey will start on the 4th of October, 2021. All 2016 master's graduates and 2018 doctoral graduates will be invited to participate in the survey. The invitation to the survey will be sent by email, mail or sms. Thank you to all respondents!

Further information on the career monitoring of master's graduates in arts and design and technology:

Further information on the career monitoring of master's graduates in business: 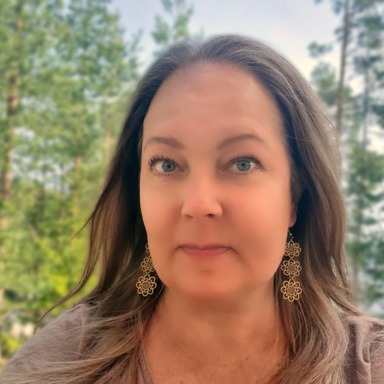 Further information on the career monitoring of doctoral graduates:

A project commissioned by PwC examined the impact of regulations on the business models of platform economy operators and their capabilities to use data.
Studies Published: 14.10.2021

How can companies create sustainable value for the economy, the environment and society?
Studies Published: 14.10.2021

Miten talous toimii? (‘How does the economy work?’) is the first extensive Finnish MOOC on the impacts of the economy on our lives.
Studies Published: 13.10.2021

We can transform the fashion industry by renting