Guy Julier is Head of Research of the Department of Design in Aalto University.

Guy Julier is Head of Research of the Department of Design in Aalto University. He is the author of Economies of Design (2017) and The Culture of Design (3rd Revised Edition 2014) and several other books. A writer, academic and practitioner, he has over 30 years professional experience observing and researching global changes in design, economics and society. He is credited with having established Design Culture as a field of study and research.

While he was Professor of Design at Leeds Metropolitan University (2001-10), Guy Julier founded and directed DesignLeeds, a cross-disciplinary research and consultancy unit specializing in social design. He was also a co-director of LeedsLoveItShareIt, a company formed to develop and prototype new approaches to urban regeneration. In 2011 he was appointed as the Victoria & Albert Museum/University of Brighton Principal Research Fellow in Contemporary Design and Professor of Design Culture. At the V&A he developed new approaches to curatorship while also directing the museum's Design Culture Salon.

He has collaborated with the thinktank, Policy Connect in undertaking a UK parliamentary enquiry into design for public services. With Lucy Kimbell, he has led a number of initiatives and projects to develop cross-disciplinary thinking and methods in social design. 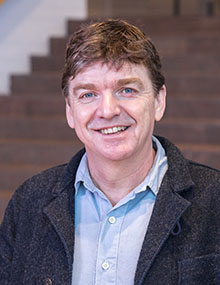