Making Waves will host a hybrid (on-site and virtual) film screening of the documentary "Picture a Scientist" which is open to everyone at Aalto for free!

Please note that this is a hybrid event!

The screening will happen on-site at the Odeion theatre room in Maarintie 8 as well as online for those who are not able to make it to the film theatre. A link to the movie will be sent to registered participants so they can (re)watch it after the event. The link will stay active for 48 hours.

"Picture a Scientist" addresses the difficulties encountered by women scientists throughout their careers.

The feature film, which was part of the official selection of the 2020 Tribeca Film Festival, chronicles the movement of researchers who are writing a new chapter for women scientists. Featuring geologist Jane Willenbring, chemist Raychelle Burks, and biologist Nancy Hopkins, as well as key social scientists working to understand and reduce gender bias in science, Picture a Scientist shows diversity in science at a critical time. For too long, women and other scientific minorities have been excluded or expelled, hampered by a system of harassment, discrimination, and general prejudice. These three women of different generations speak of the discrimination and harassment they have suffered throughout their careers. Their testimonies highlight the systemic and structural nature of sexist and racist discrimination at the Academy.

The film challenges audiences of all genres and backgrounds to question their own implicit biases and move towards change.

Director/Producer: Ian Cheney is an Emmy-nominated & Peabody Award-winning documentary filmmaker. He has completed ten feature documentaries, including King Corn (2007), The Greening of Southie (2008), The City Dark (2011), The Search for General Tso (2014), Bluespace (2015), The Most Unknown (2018), The Emoji Story (2019),  Thirteen Ways (2019), and The Long Coast (2020). He received bachelor’s & master’s degrees from Yale University, and an MFA in Film from the Vermont College of Fine Arts. A former MacDowell Fellow & Knight Science Journalism Fellow at MIT, he lives in Maine.

Director/Producer: Sharon Shattuck is an Emmy-nominated documentary film director and podcast host. Her feature debut, From This Day Forward, was broadcast nationally on POV (PBS) in 2016 and was a New York Times Critic's Pick. She's the co-host of the podcast Conviction: American Panic from Gimlet/Spotify, and the co-creator of the New York Times Op-Docs science series ‘Animated Life.' Her work has appeared on PBS, National Geographic Channel, Netflix, Slate, Vice, The New York Times, The Atlantic, ProPublica, Spotify, and Radiolab. She has degrees in forest ecology and journalism.

Producer: Manette Pottle is a documentary film producer. Her first feature film, Behold The Earth, with director David Conover, frames a multi-generational conversation between science and religion about the fate of our planet and is distributed theatrically by Aspiration Entertainment. She has also produced over a hundred short films for travel and lifestyle platforms. Prior to film production, she produced the Camden International Film Festival, a documentary film festival in Camden, Maine.

How does the hybrid screening work?

Everybody who wants to watch must sign up using the Webropol link above latest 24 hours before the screening. Those who signed up for the live event will receive further instructions on the day before the event. Those who register for the virtual event, will receive a link to the virtual screening environment. To register and be able to watch, you must be affiliated with Aalto University - we are unable to share this screening with people outside of Aalto.

Every viewer is welcome to share their impressions, thoughts and questions after watching the movie in our online discussion forum.

Email a member of the Making Waves team below.

The New York State Council on the Arts 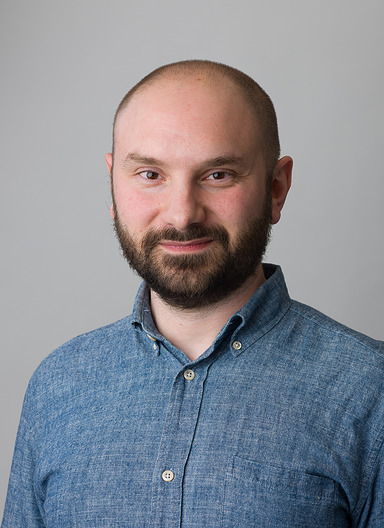